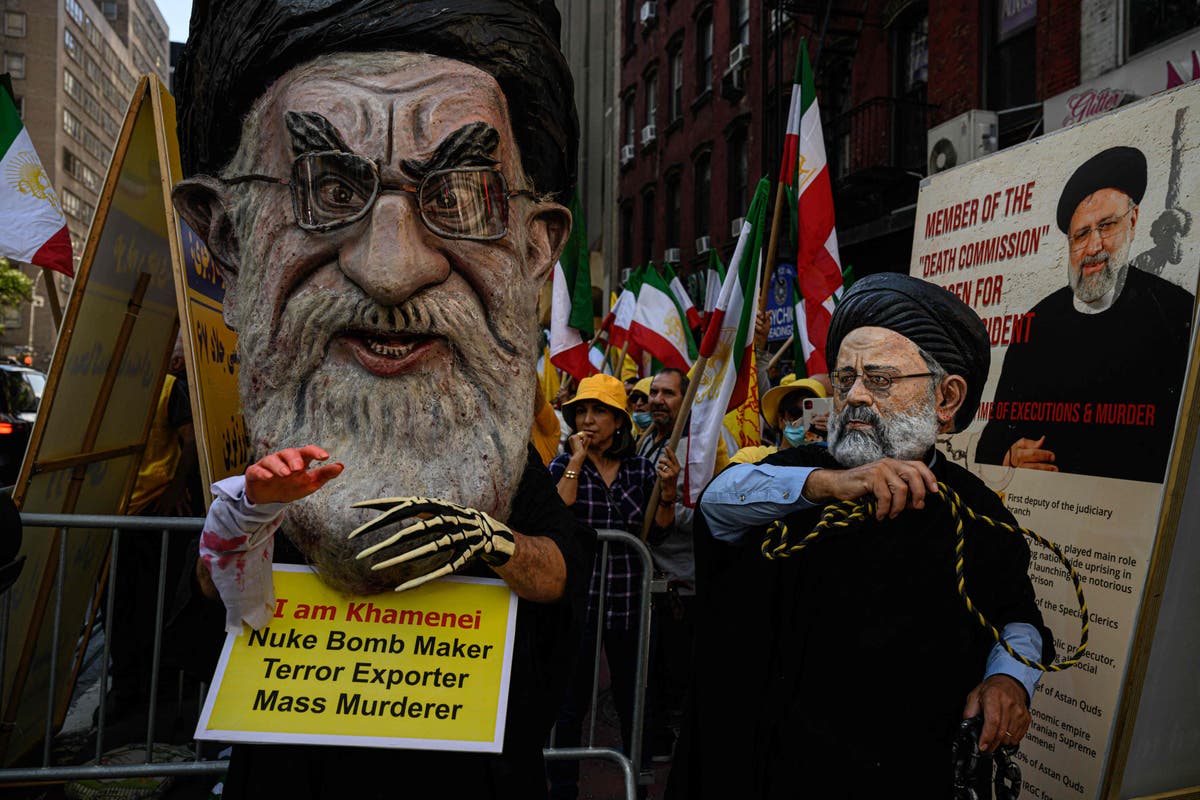 Iranian President Ibrahim Raisi yesterday protested against oppression, injustice and human rights abuses by the West, even as his own shock troops brutally tortured citizens back home.

Mr. Raisi was in New York to attend the 77th session of the United Nations General Assembly. He addressed the rally in a speech in which he condemned Canada’s abuse of indigenous peoples, the United States’ abuse of immigrants, and Israel’s abuse of Palestinians, but ignored violations of his own rule.

“Human rights are all but unfortunately trampled by other governments,” he said. “We believe that any repressive measures are a threat to world peace and stability. America cannot stand on its own two feet.”

In his speech, Mr Raisi recounted a long list of grievances against the West, from international pressure on Iran in the early 20th century to the 2020 killing of US Revolutionary Guard commander Qassem Soleimani, whose portrait he held up and waved in front of the general. assembly chamber.

He criticized the United States for tearing up the 2015 nuclear deal that his hard-line party had vocally opposed when it was negotiated by his predecessor, accusing Western powers of provoking Iran.

While Mr. Raisi has sought to boast about Iran’s achievements and international relations, much attention this week has focused on a brutal crackdown back home over a massive outbreak of popular protests sparked by the death of a young woman last week.

Even as Mr Raisi spoke, Iranians began to warn that internet lines were being throttled and social media outlets such as Instagram were blocked in dozens of cities and towns across the country in a sixth day of protests since the death of 22-year-old Mahsa Amini.

At least six people have been killed so far in chaotic street clashes incited by security forces to quell public anger over the death of Ms Amini, who fell into a coma while being held by morality police in Tehran. Among the dead was a plainclothes regime adjutant from Shiraz.

But recent protests, coupled with the international spotlight on Iran in New York, appear to have complicated the authorities’ calculations. Regimes often refrain from using lethal force to quell protests by urban elites, while placing the full weight of security measures against ethnic minorities and marginalized communities.

This week’s protests have drawn across multiple social sections, and have sparked dissent even among the ruling elite. In addition to large areas across the Kurdish heartland of Iran, protests spread to the capital Tehran as well as Mashhad, Isfahan, Shiraz, Tabriz, Urmia, Rasht, Kerman, Bandar Abbas, Qoum, Ardabil, Kermanshah, Zanjan, Sari, Tehran. Rafsanjan, Mazandaran, Gorgan, Qazvin, Semnan and other cities.

Iran watchers say Ms Amini’s killing, seen as an ordinary young woman minding her own business, has touched a deep nerve among Iranians, even as conservative women who want the hijab to remain compulsory are upset.

The level of raw emotion has been compared to how Iranians felt after a Ukrainian Airlines flight was downed by Revolutionary Guards in 2020 who apparently mistook it for an American missile. On Iranian social media, influencers who have never touched political issues have posted about Ms. Amini, who is of Kurdish ethnicity.

Meanwhile, the Iranian government’s mouthpiece vilified the protesters as deviants, traitors, rioters and vandals. State television has repeatedly noted that Mr Raisi has contacted Ms Amini’s family and promised a full investigation into her death.

Still, senior officials and former officials have called on Iran to reduce the role of the morality police, known as the “Guidance Patrol.” During a rare TV appearance, former Tehran mayor Gholamhossein Karbachi called for changes to rules that require women to adhere to Islamic dress codes, which he vehemently opposes.

Member of Parliament Jalil Rahimi Jahanabadi said that a bill aimed at limiting the authority of the police is being considered in Parliament.

“We have dozens of reports on a daily basis that indicate that guided patrols detain people with disrespect and mistreatment, leaving them behind to deal with serious traumatic experiences,” he was quoted as saying by a local newspaper.