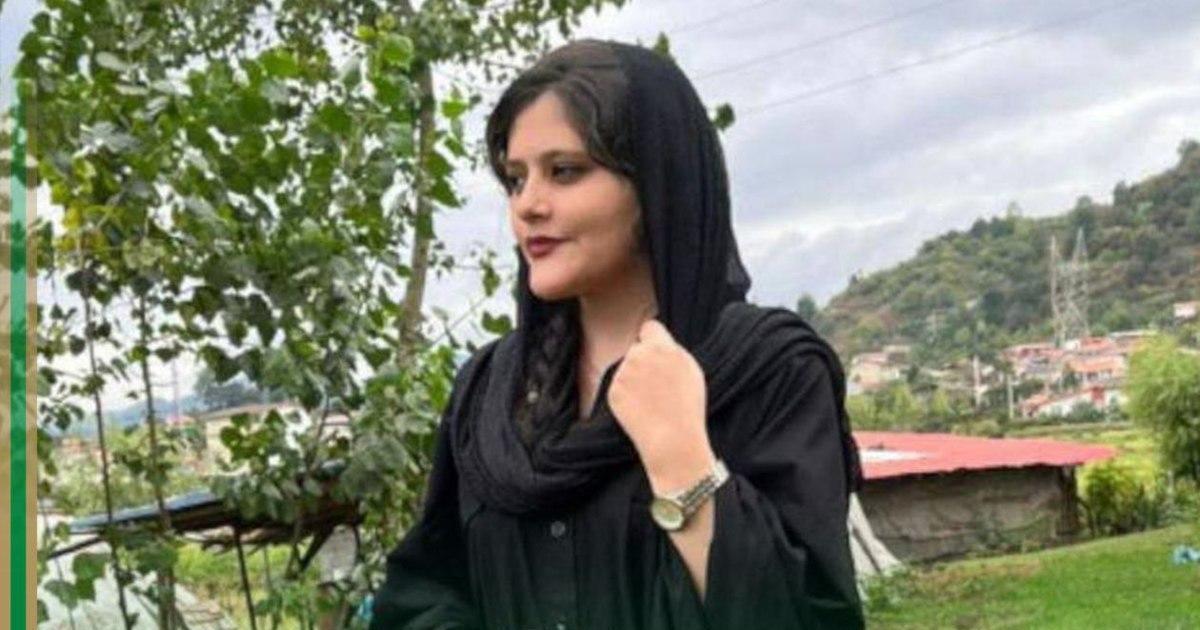 The death of Mahsa Amini has sparked protests across Iran after morality police arrested the young woman, killing at least eight people in a crackdown, according to Combined Toll.

Public anger has erupted in the Islamic Republic since authorities announced Friday the death of 22-year-old Amini, who was detained for allegedly wearing a hijab headscarf in an “improper” manner. Activists said the woman, whose Kurdish first name is Zhina, suffered a fatal head injury, a claim denied by officials announcing the investigation.

Video footage that went viral on social media showed some female protesters taking off their hijabs and setting them on fire or symbolically cutting their hair before cheering crowds.

“No headscarf, no turban, yes freedom and equality!” Protesters in Tehran were heard chanting at a rally that was echoed by solidarity demonstrations abroad, including in New York and Istanbul.

Iranian state media reported Wednesday that, on the fifth night of street rallies that spread across 15 cities, police used tear gas and made arrests to disperse a crowd of 1,000 people.

London-based rights group Article 19 said it was “deeply concerned by reports of unlawful use of force by Iranian police and security forces,” including the use of live ammunition.

“Death to the dictator” and “women, life, freedom,” protesters could be heard shouting in video footage that circulated outside Iran, despite online restrictions reported by Internet access monitor NetBlock.

Iran’s Supreme Leader Ayatollah Ali Khamenei spoke publicly on Wednesday, but without mentioning the spreading unrest, and ultra-conservative President Ibrahim Raisi will address the UN General Assembly in New York the next day.

David Rigolet-Rose, an Iran expert at the French Institute for International and Strategic Affairs, said the wave of protests over Amini’s death was “a very significant shock, it’s a social crisis.”

“It’s hard to know the outcome but the DNA of the Islamic Revolution of 1979 and a disconnect of the authorities with the increasingly secular society,” he said.

“It’s a whole social project that’s being called into question. There’s a dilemma among the authorities about this movement.”

New York-based Center for Human Rights in Iran described his death as a “preventable tragedy”.

“Mahsa Amini is one of the countless victims of the war against women in the Islamic Republic,” said Hadi Ghaimi, the group’s executive director. “She was arrested under the guise of the state’s mandatory-hijab law and died shortly after. The government is responsible for her death and for decades women have been harassed, detained and otherwise harmed under the guise of this discriminatory, inhumane law.”

The first protests began on Friday in Amini’s home province of Kurdistan, where Governor Ismail Jarei Kusha said three people had been killed on Tuesday in a “plot by the enemy”.

Two more protesters in Kermanshah province were “killed during the riots”, the region’s prosecutor Shahram Karami was quoted as saying by the Fars news agency, blaming “counterrevolutionary agents”.

Another 450 people were injured and 500 arrested, the group said – figures that could not be independently verified.

Videos circulating online show security forces firing on protesters in the southern city of Shiraz, where protests continued into the early hours of the morning.

Amini’s death and Iran’s response to the protests drew condemnation from the United Nations, the United States, France and other countries. The protests are the most serious in Iran since November 2019 unrest over rising oil prices.

“It is regrettable that some countries try to take advantage of an incident under investigation as an opportunity to pursue their political goals and aspirations against the government and people of Iran,” he said.

Article 19 said it was “concerned by local internet shutdowns,” recalling that in 2019 authorities “used the darkness of the shutdown to kill, maim and arrest protesters and demonstrators with impunity.”