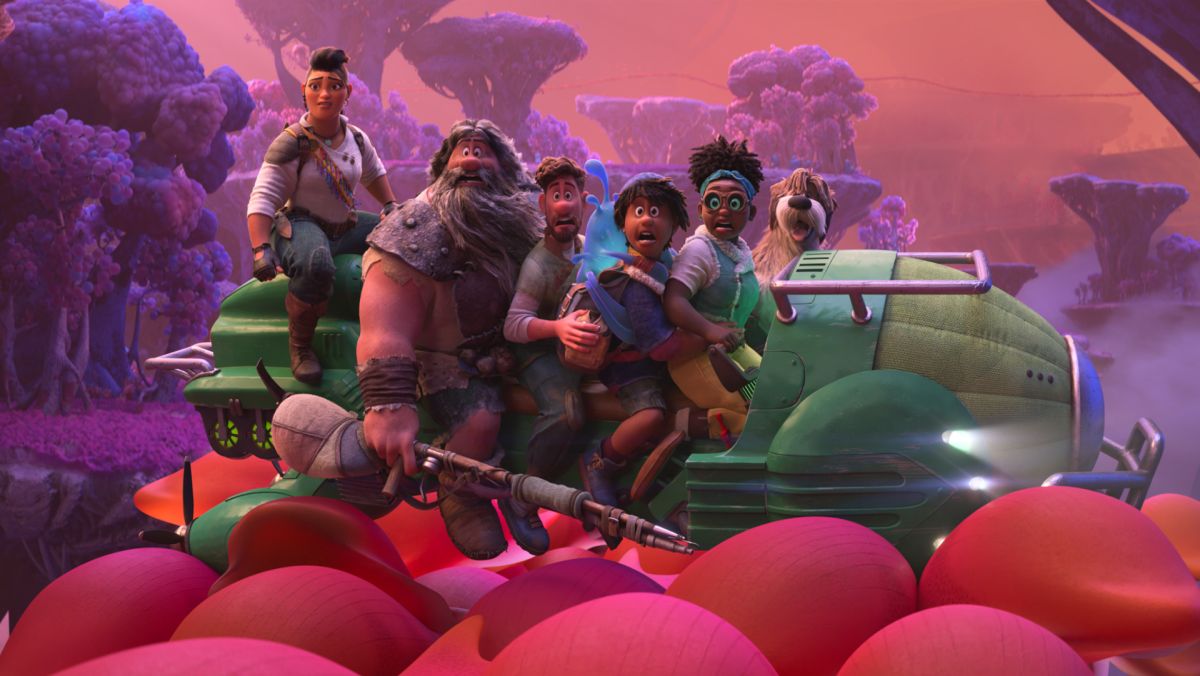 Disney has unveiled the first trailer for Strange World, a new animated science-fiction action-adventure film with an all-star voice cast.

Explorer Clyde (Jake Gyllenhaal) comes from a long line of adventurers, but he’s never been much for adventure. All this changes when Callisto Mal (Lucy Liu) shows up on the Clade family’s doorstep to help them on a mission that involves exploring the treacherous “strange world”. Dennis Quaid, Zabuki Young-White and Gabrielle Union also star. The trailer is a cool, neon-colored look at a brand new world — and we can’t wait.

Don Hall, co-director of Moana and Big Hero 6, will co-direct with American playwright Qui Nguyen who will also pen the screenplay.

After first being announced in 2021, the movie finally got an update at D23 – and attendees were treated to the trailer as well as an exclusive clip involving the explorer, his grandfather and an octopus-like creature.

“I’ve always wanted to be in a Disney animation so this is a dream come true,” Gyllenhaal told the D23 audience. The actor previously lent his voice to DreamWorks Animation’s 2021 animated film Spirit Untamed.

Strange World is set to hit theaters in the US on November 25, 2022 For more, check out our roundup of the most exciting upcoming movies coming your way in 2022 and beyond, or head right to the good stuff and check out our full list of movie release dates. If you missed D23, check out our guide to the D23 schedule and get a breakdown of what was announced.