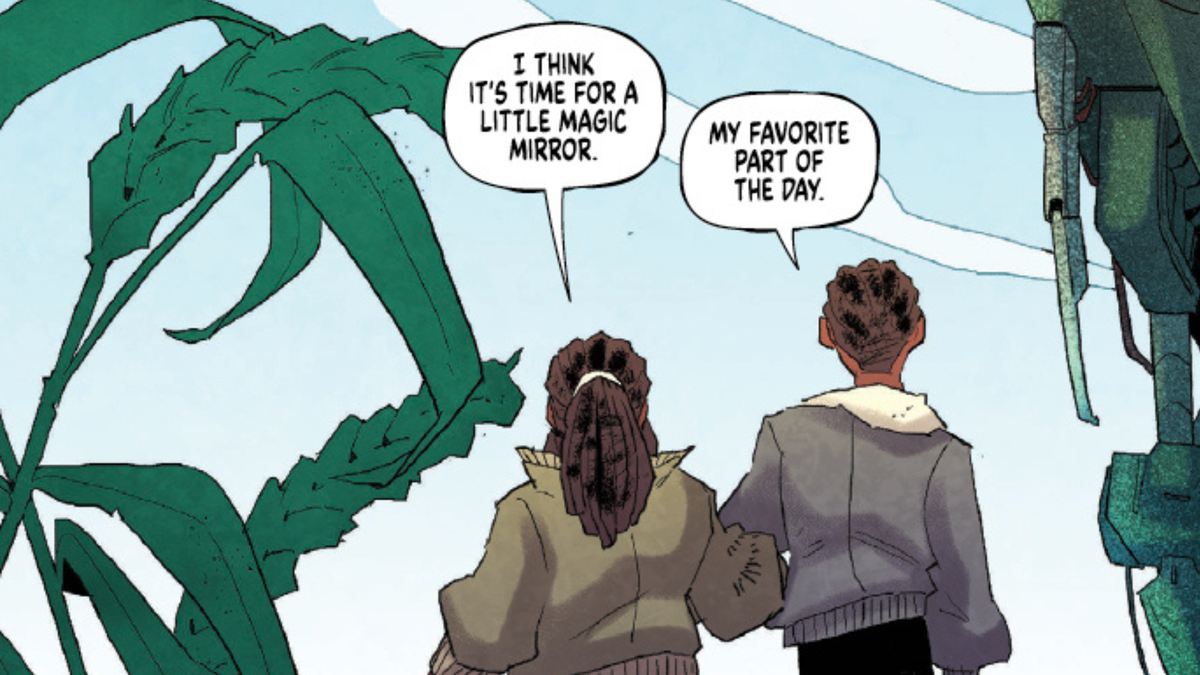 Children of the Moon is a direct sequel to Eve, where the title character leaves her virtual reality home to save her father and a dying planet. Now, Children of the Moon follows Eve, her sister and their friend Wexler as they try to save the world once again in the face of new challenges and what BOOM! Describes as “the darkness of the past.”

In the original announcement, Lavalle said, “When Eve came out I didn’t know if readers would love her and her journey as much as I did. It was a gift when they embraced her as much as they did. And when we were done with issue #5, I realized I realized he had more stories to tell.

“But not just her. The whole world we made. Eve saved the world but what about the day after that? What if the world isn’t too kind to the saviors?”

EVE: CHILDREN OF THE MOON #1 features cover art by Ario Anindito, Jahnoy Lindsay, Miguel Mercado, and Mike Del Mundo. Mi-Geyong’s interior art and covers can be seen in the gallery below.

Eve: Children of the Moon #1 will be available on October 12.

Watch if you want to experience the future 25 Best Sci-Fi Games for Future Travel.