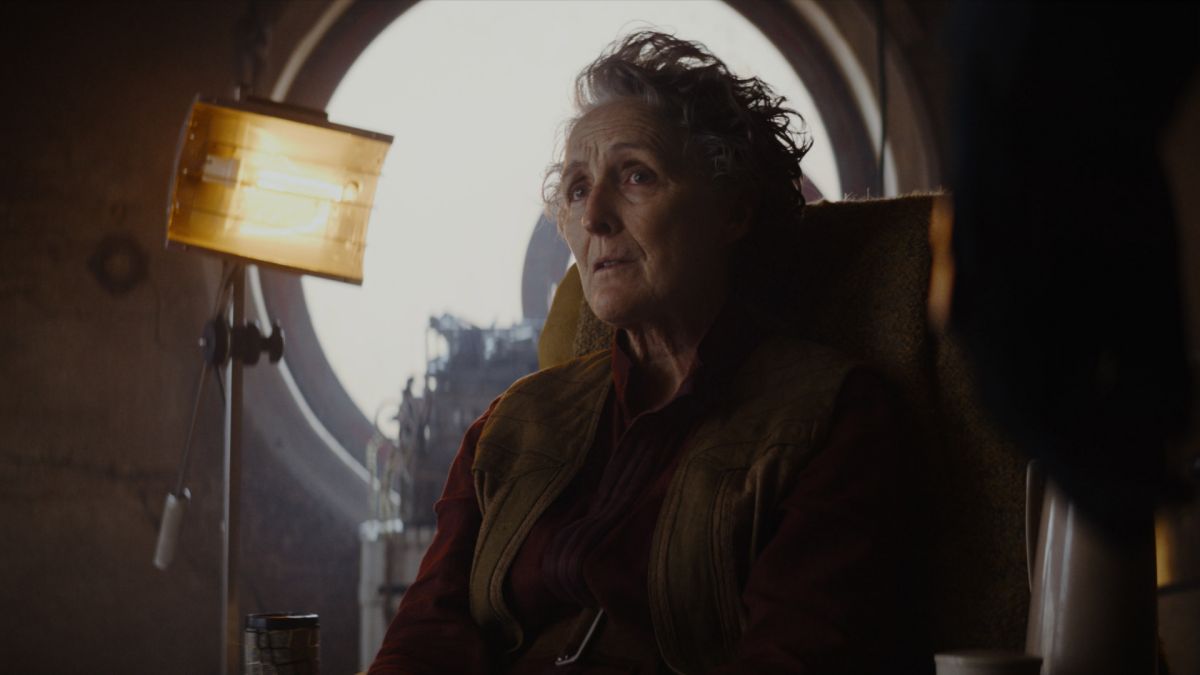 When we meet Cassian Andor in the Star Wars spin-off Rogue One, he’s a complete mystery. We know for sure that he has been fighting against the Empire since he was six years old. That needs to change. A new Star Wars series, set five years before Rogue One, is all about Andor. The new show fleshes out the character, providing deeper insight into his life on the planet Ferix. In the first three episodes alone, we meet his friends, enemies and family, including his adoptive mother Marva, played by Fiona Shaw.

“She’s very much Ferix’s daughter,” Shaw tells Total Film of her character. “She’s actually a member of something called the Daughters of Ferics, which is like a community group of women who uphold the moral standing of the planet. So she’s a very respectable person, and she’s a very old person, and when we meet her in this series she’s Not so good.”

Much of what we learn about Marva comes from flashbacks. We see Kenner scavenging on a crashed spaceship on Cassian’s home planet. “She and her husband made a living traveling to different planets, collecting metal scraps from spacecraft,” Shaw explained. “You suddenly see that there’s a parallel with Detroit, maybe in the ’70s, where people were recycling bits of cars. So they’re recyclers, there’s an element of people who come from another time, who are recycling the world. He’s very anonymous. person. I don’t think he’s a big ego person, he’s a person with a big heart. And he definitely has a great moral compass, and I think that becomes very important in this particular season.”

Most of Star Wars revolves around the relationship between father and son, but Endor brings a strong, multifaceted mother-son bond to the galaxy. Shaw believes that Marva is part of a long tradition that begins with two complex women from Greek mythology, both of whom she has played before.

“I think all mothers go back to a wonderful root of Clytemnestra, who is a mother who made a terribly evil choice to avenge the wrong done to her child, and Medea, who kills her children because she loves them so much,” she says. “These great mothers, who are also terrorists, have a history in the iconography of Western culture and perhaps Eastern culture.

“But she’s a very, very good mother, a tough mother. And so I’m thrilled about that [showrunner Tony Gilroy] Explores the mother/son relationship. Very early in the episode, you will see them fighting. They fight because he wants to tell her the truth, and she doesn’t want to tell the truth, and he doesn’t want to tell half the truth because he wants to protect her. And these are domestic quarrels that must go on every day in every home around the world.”

Many of the women in Star Wars are iconic characters in their own right, so did Shaw feel any pressure to join that line-up? Not quite. “Tony makes you feel like you’ve been chosen in it. He wrote it, and he chose people that he wanted to represent different aspects of it. So, I didn’t feel pressured in that way. But I do feel it with iconic women like Marva Clytemnestra or Medea. Descended from a long line, all great women. She’s part of a group of people who had to make huge choices, so it’s a great gauntlet to pick up.”

At the end of Andor’s first three episodes, it’s unclear whether we’ll see Marva again — and Shaw won’t draw on her character’s future, but hints that Marva may still play an important role. “He’s very into it because it’s a real challenge [Cassian] To try and negotiate with her mother in situations she’s in,” says Shaw. “And her mother makes some very big decisions and they really affect the series.”

Andor drops a new episode every Wednesday on Disney Plus – check out our Andor release schedule to find out when the next episode will drop in your time zone. For more on the show, check out our interviews with the cast, as well as Gilroy’s dramatic episode 1 debut and season 2 of the show.