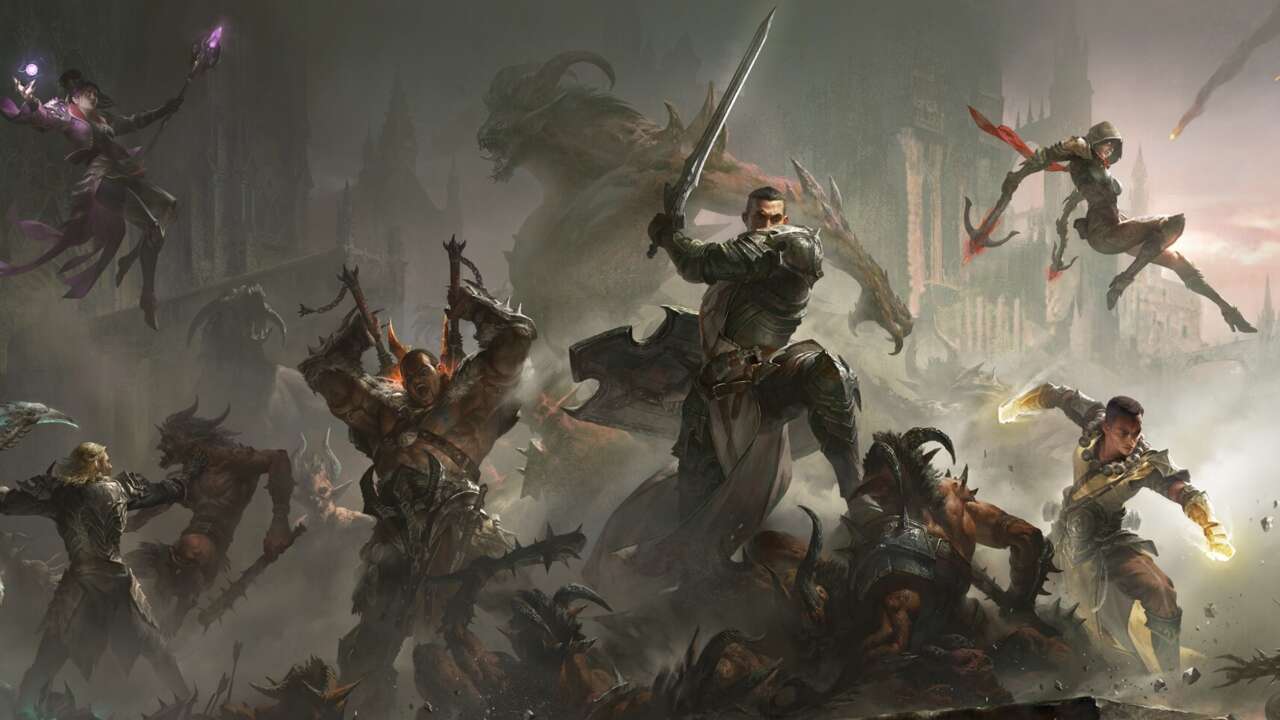 Diablo Immortal’s next update will be its biggest yet, bringing a complete overhaul of the game’s much-maligned warband system with an additional dungeon, new set items, another seasonal battle pass, and more.

Defined by Blizzard as the game’s first “major” update (the developer classified all previous updates to the free-to-play mobile ARPG as “mini” updates), the Forgotten Nightmare update is certainly big. Foremost are the Warband changes, which act as mini-clans for up to eight players that are, in theory, meant to reward smaller groups of players for playing together. In fact, the feature has been Criticized by playersBecause being in a warband often requires all of its members to be online at the exact same time to complete certain activities in order to earn rewards.

The Forgotten Nightmare update appears to address some of those issues, though only time will tell if players are satisfied with the changes. With the arrival of the September 27 update, Warband Camp will no longer exist, replaced by the new Castle Cyrangar. Warband members will no longer need to kill a certain number of monsters at once to set up the base of their operations. Warband Heliquary raid requirements are also being adjusted, which in the update will require four members of a warband instead of a full team of eight. Completing a Warband Heliquary raid will grant members an additional 400% drop rate increase for sealed Warband Chests, with the bonus resetting every seven days.

The Castle will fulfill the same functions as the Cyrangar Camp, such as giving warband members passive bonuses and a great social place to hang out, but will also introduce some new gameplay features. Players, alone or with other warband members, will be able to explore the monster-infested depths of their warband fortress to unlock various rooms that grant passive bonuses to their assigned warband members. These rooms can be upgraded with items acquired from the castle’s cure for its monster problem.

In addition to ridding the castle’s bowels of monsters, players must protect them from hordes of monsters outside the castle. Once a week, warband members can team up to fend off waves of invading monsters, which will award experience and various rewards for successful defenses. For players looking for a challenge, a replayable “endless” castle defense mode will also be available, complete with leaderboards and an exclusive portrait frame for top-performers.

The main appeal of participating in Castle Sairanga’s activities is the opportunity to acquire ancestral weapons. These aren’t weapons in the traditional sense that they aren’t equipped directly on your character, but rather something called the Ancestral Tableau, which gives all members of the warband the stats for each weapon as a passive bonus. . However, players can also find and equip Invocation Gear from Castle Sairanga’s activities, which will allow players to activate various special effects unique to certain Ancestral Weapons.

Warband changes headline the update, but there are also new items, gems, and an extra dungeon. In the new Silent Monastery dungeon, players must illuminate statues within a holy temple to dispel darkness. There is a new Heliquary boss for players with a combat rating of at least 6175 to deal with, Izilech Mishapen.

A new group of set items, Gloomguide’s Prize, is based on Dash skills, and features three new Legendary Gems for players to earn and equip. A new Scouring the Darkness event will run from September 28 to October 19, and a revised version of the game’s Hungering Moon event will also debut on October 6. The update will mark the start of the game’s fifth season, complete with a new Battle Pass

Despite fan criticism of the game’s monetization model, which allows players to pay for power-ups, Diablo Immortal has reportedly grossed more than $100 million since its launch earlier this summer. Blizzard president Mike Ybarra has defended how the free-to-play game is monetized, even as Blizzard assured fans that Diablo IV’s in-game shop will only offer cosmetics.