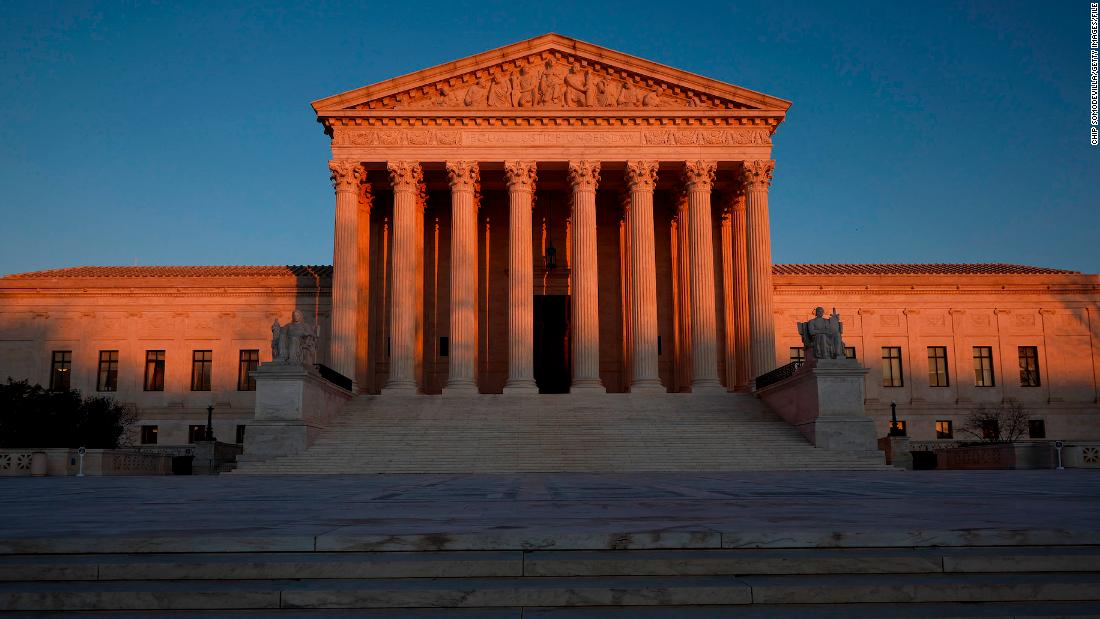 In a petition submitted to the court on Wednesday, Florida’s attorney general argued that the dominance of major social media platforms and their ability to promote the views of some users over others means the issue is important to consider for prosecution.

“Whether the First Amendment essentially disables the states — and perhaps the federal government as well — from meaningfully addressing those distortions should be answered by this court, and it should be answered now,” the petition said.

At the center of the court battle is a Florida law, SB 7072, that allows political candidates to sue social media companies if they are blocked or removed from the platform for more than 14 days.

Opponents representing the tech industry sued to block that law, arguing that it violated the First Amendment rights of private companies. Earlier this year, a federal appeals court agreed with that argument, prompting Florida’s request for Supreme Court intervention this week.

Mainstream legal experts say that if SB 7072 survives a legal challenge, tech companies could be forced to host spam, hate speech and other legal-but-problematic content on their platforms. They say it could rewrite decades of First Amendment precedent that prohibits governments from forcing private parties to speak.

In a statement Wednesday, NetChoice — one of the challengers to the Florida law — said it welcomed Florida’s petition.

“We agree with Florida that the US Supreme Court should hear this case, and we are confident that First Amendment rights will be upheld,” said Carl Szabo, NetChoice’s vice president and general counsel. “We look forward to seeing Florida go to court and uphold the lower court’s decision. We have 200 years of precedent on our side.”

The filing comes days after another federal appeals court in Texas upheld a similar law that allows social media users to sue platforms if they move to “block, ban, remove, deplatform, demonetize, de-boost, restrict, equal access or deny visibility.” permits. , or otherwise discriminates against expression.” (In May, the Supreme Court temporarily blocked the Texas law from taking effect while the case continued.)

Last week’s decision by the Fifth Circuit Court of Appeals to uphold the Texas law contrasts with an Eleventh Circuit ruling earlier this year that found Florida’s law unconstitutional — creating a circuit split that favors the Supreme Court’s intervention.