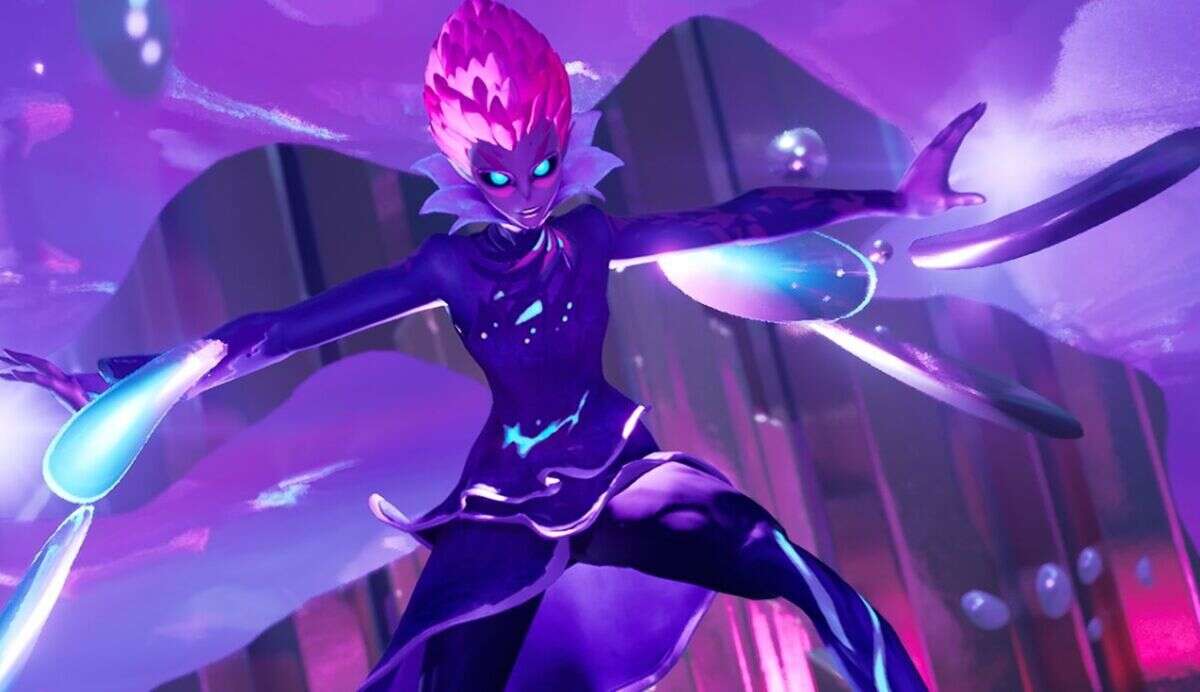 Fortnite Chapter 3 Season 4 features plenty of new changes to the beloved battle royale’s POIs and loot pools, largely thanks to the arrival of Chrome, which has begun to take over the map in dramatic fashion. If you look around the map, you’ll notice that the Herald’s Sanctum is a huge vertical structure made of chrome that takes up the place where The Seven’s Sanctuary once stood. Inside this shiny and terrifying castle awaits a boss fight against The Herald — who you might also recognize as this season’s Secret Skin — and he’s pretty nasty. Don’t worry, however, we’ll tell you how to make quick work of him and acquire his Mythic Herald’s Burst Rifle.

How to defeat the Herald

The Herald is located in the center of the Herald’s Sanctuary where you will find him admiring an orb. But before fighting him, you definitely want to make sure you’re prepared by getting a full shield, a few tough weapons, and plenty of ammo. He hits like a truck when he comes at you, so you don’t want to get caught out of sorts, especially since his own health bar is huge and takes a while to deplete.

When you’re ready to take him down, go into the big room with him and line up a headshot with a sniper or other hard-hitting weapon to get his attention. This will do some damage from his shield to start things off.

The Herald has two phases between which he cycles. In the first stage, He will become helpless inside the floating bubble and free the two chrome wolves to hunt you You and your squad must take them out before The Herald is damaged again. Once they’re dead, unload as many shots on him as possible, remembering that he can teleport frequently. If he gets close to you after teleporting, he can deal some nasty damage, so keep going.

He’ll repeat these two phases multiple times throughout the fight, each time demanding that you kill his chrome wolf before damaging him again. After a long and challenging showdown, though, he would eventually fall. When he does, he drops his Mythic Burst Rifle, which you can use to easily pick off opponents at medium and long range, so make sure your squad’s ranged specialist grabs it.

For more on Fortnite Chapter 3 Season 4, check out our guide on how to find and use keys and what we think of the new Battle Pass skins.