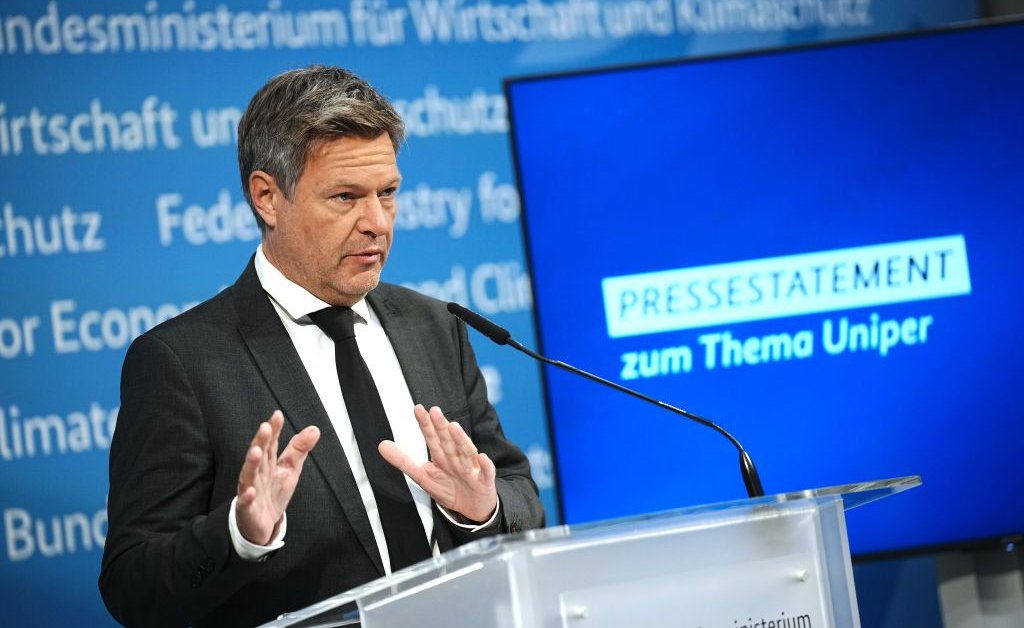 The deal with Uniper builds on a rescue package agreed in July and features an 8 billion euro capital increase to be financed by the government. As part of the deal, the government will acquire a 99% stake in Uniper, which until now was controlled by Finland-based Fortum. The Finnish government has the largest share in Fortum.

German Economy Minister Robert Habeck said the deal was necessary because of Uniper’s importance in the German gas market. It still needs to be approved by the European Commission.

Uniper supplies about 40% of all gas customers in Germany, and before the war it bought about half of its gas from Russia.

The company’s losses increased as Russia cut off natural gas supplies to European countries that support Ukraine. The price of fuel needed to heat homes rose, to build electricity and power plants, businesses closed when the weather got colder, rationing and fears of recession increased.

Read more: Europe is dependent on Russian gas. A hard winter lies ahead in fear of a cut-off

European countries scrambled to deal with the price spiral and prioritized securing their energy supplies for the winter, including filling their natural gas storage. Last week, Germany also moved to take control of three Russian-owned oil refineries before sanctions on Russian oil take effect next year.

Habeck noted that despite Russia cutting off gas supplies through the Nord Stream 1 pipeline, Germany has been able to hold more than 90% of its gas storage facilities in preparation for the winter heating season. He said the wholesale price of gas has dropped by almost half since the summer.

Noting Uniper’s importance to the German gas market, Habeck said the government decided to nationalize the company “to ensure Germany’s security of supply”.

Chancellor Olaf Scholz has insisted that Germany is well-positioned to get through the winter with enough energy, indicating, among other things, that new liquefied natural gas terminals will start operating in the coming months.

In a separate move last Friday, his government announced that German authorities were taking control of three Russian-owned refineries to ensure energy security. Two subsidiaries of Russian oil giant Rosneft are being placed under the administration of Mueller’s federal network agency.

Rosneft accounts for about 12% of Germany’s oil refining capacity, importing hundreds of millions of euros worth of oil each month, according to the government, which said the trusteeship was initially due to last six months.

The network regulator had already been put in charge of Gazprom’s former German subsidiary in April, a decision the government said would bring an “order of conditions” to the company after the Kremlin-controlled parent company abruptly cut ties with the unit.

More stories from TIME are a must read

get in touch at letters@time.com.