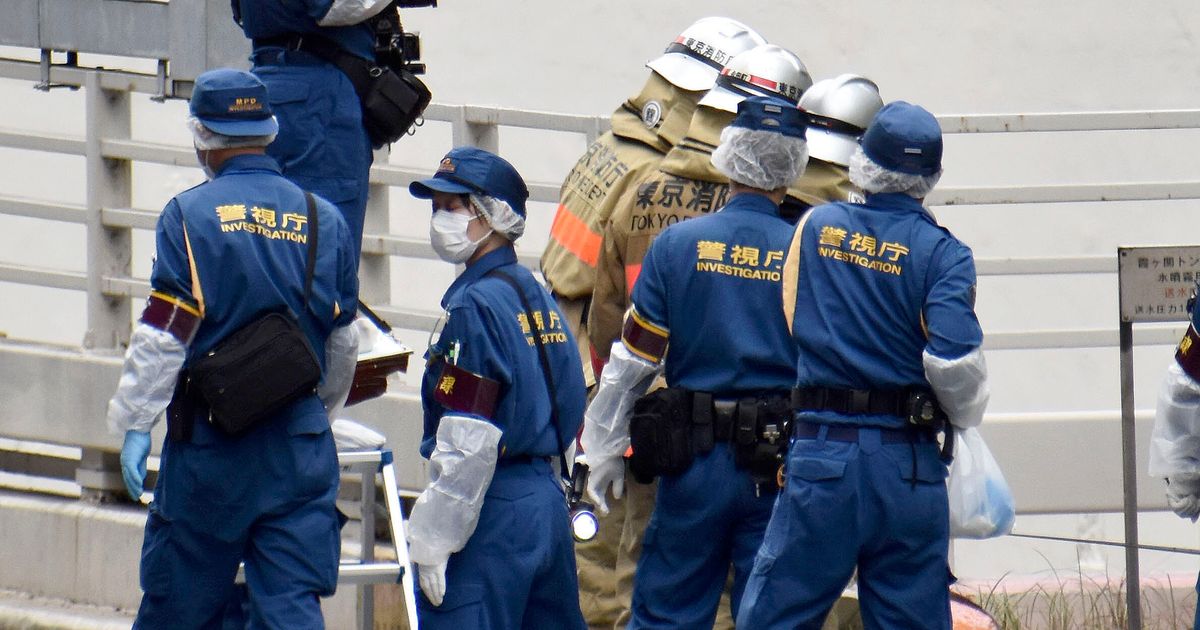 TOKYO (AP) – A man set himself on fire near the Japanese prime minister’s office in Tokyo on Wednesday in an apparent protest against a state funeral planned for next week for former leader Shinzo Abe, officials and media reports said.

The man, believed to be in his 70s, suffered major burns on his body but was conscious and told police he had set himself on fire by pouring oil on himself, Kyodo news agency reported.

A note was found in his possession that read, “Personally, I am absolutely against Abe’s funeral,” Kyodo reported.

A Tokyo Fire Department official confirmed that a man set himself on fire on a street in Tokyo’s Kasumigaseki government district was alive when he was taken to a hospital by ambulance, but declined to provide further details, including the man’s identity, motive or condition. , citing the sensitivity of what was a police matter.

Police called it an attempted suicide and declined to provide further details as the case involved no criminal intent. Police also declined to comment on a report that a police officer was caught in the crossfire.

The incident marked a growing wave of protests against the funeral of Abe, who was one of the most divisive leaders in postwar Japanese politics because of his revisionist view of wartime history, his support for a strong military, and what critics called authoritarian views and cronyism. . More protests are expected in the coming days, including the day of the funeral next week

It’s also an embarrassment for police, who have beefed up security for an event expected to draw around 6,000 people, including US Vice President Kamala Harris and other dignitaries.

the police It was also partly blamed on inadequate security for Abe, who was shot and killed by a gunman who approached him from behind during an outdoor campaign speech in July.

Prime Minister Fumio Kishida is in New York to attend the annual meeting of the United Nations General Assembly of world leaders. He gave a speech on Tuesday expressing frustration at the Security Council’s failure to respond to Russia’s aggression in Ukraine due to Russia’s permanent veto and calling for reforms that would help the United Nations better protect world peace and order.

The state funeral planned for Abe has become increasingly unpopular among Japanese as more details emerged about Abe’s links to the ruling Liberal Democratic Party and the Unification Church, which forged close ties with party lawmakers over their shared interest in conservative causes.

The suspect in Abe’s murder reportedly believed that his mother’s large donations to the church had destroyed his family. LDP About half of the lawmakers said they had ties to the church, but party officials denied ties between an organization and the church.

Kishida said Abe deserved a state funeral as Japan’s longest-serving leader since World War II and for his diplomatic and economic achievements.

Critics say it was decided undemocratically and is an inappropriate and costly use of taxpayers’ money. They say Kishida decided to hold a state funeral to please Abe’s faction and solidify his own power. Kishida’s government’s support rating has weakened amid public discontent over the party’s church ties and funeral plans.

Abe’s family funeral was held at a Buddhist temple in July. A state funeral is scheduled for next Tuesday at Tokyo’s Budokan martial arts arena.