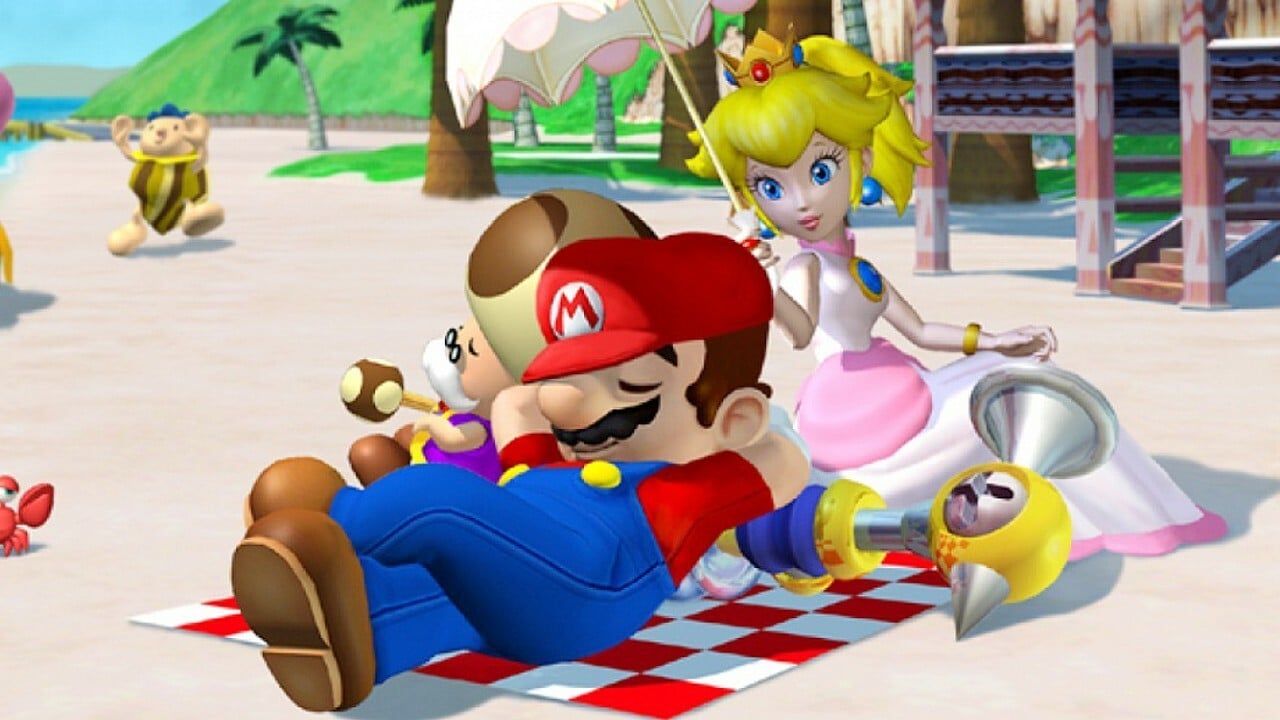 Shmuplation translated two interviews from 2002 about the development of the then-upcoming Super Mario Sunshine , and both revealed some rather interesting details about the game’s FLUDD mechanic and how Mario’s short-sleeved look came about (thanks, Time extension!)

The first of these interviews appeared on Nintendo Dream and was between Mario creator and producer Shigeru Miyamoto, Sunshine producer Takashi Tezuka, and game director Yoshiaki Koizumi. The trio discuss the trials and tribulations of having a unique Mario game on the GameCube, a system that was relatively new during the game’s development.

Director Koizumi took inspiration from the GameCube’s ‘L’ and ‘R’ buttons — pressing them reminded him of “the water pistols I used to play with as a kid,” from which FLUDD originated. And according to Miyamoto, FLUDD caused Nintendo some concern:

“There was a very serious debate at Nintendo about the FLUDD water tank. Was it really appropriate for Mario to use tools and items like that? I mean, it was okay for Luigi, so… (laughs)”

We agree, Miyamoto! If Luigi can use Poltergust 3000, Mario can use FLUDD! Another fun anecdote surrounding Super Mario Sunshine is about Mario’s new look — Miyamoto says the team “tried to give him a tank top,” which didn’t make the character look like Mario at all! And Tezuka had general reservations about making too many changes to Mario’s design but eventually agreed to give him short sleeves.

Koizumi wanted FLUDD to pave the way for “more weird and unusual moves for Mario” and said during the interview:

“Miyamoto actually told us that he wanted GameCube Mario to be something wild. Still, when I showed him the pump-like toy thing, I could tell he was worried about where it was all going. Ultimately, though, Mario is doing his thing, everywhere. Water spraying—it’s pretty wild, isn’t it?”

FLUDD definitely made for a different Mario experience with Sunshine, which is often singled out by fans of the Italian plumber. But the game has a special place in the hearts of many.

In the second interview, the source from GSLA Archive (and found halfway down the page), the trio also revealed that they tried to give Mario a Hawaiian shirt – something we finally got in Super Mario Odyssey.

But this interview goes into more detail about the FLUDD tank, which basically had ten different nozzles for the device! Koizumi reveals that many of these were cut because discovering multiple items and using them felt overwhelming Zelda Game:

“Mario Sunshine has hover, rocket, and turbo nozzles, but originally there were 10 different types. We kept adding them whenever we thought they could be used in a different situation. We ended up whittling it down to just three. However, because, we What I felt was that the whole playstyle of finding a lot of different items and using them in the right situations was better suited for a Zelda game.”

The idea of ​​cleaning up in a Mario game might seem a bit odd, and the team was careful that it might not be appealing, which is why the “goop” looks “pretty” – and they even compared parts of it to having a “chocolate sauce look”.

Despite how unusual FLUDD is, it’s easily become the most iconic part of Super Mario Sunshine, even More crushed crushed brother. series as part of Mario’s Attack. It’s still the perfect Mario summer vacation game, and — if you have a Switch — you can at least experience this weird, wonderful adventure with Super Mario 3D All-Star (if you’re lucky enough to own a copy!).

What do you think about the FLUDD mechanic? Are you a Super Mario Sunshine fan? Fill in the comments with your thoughts!