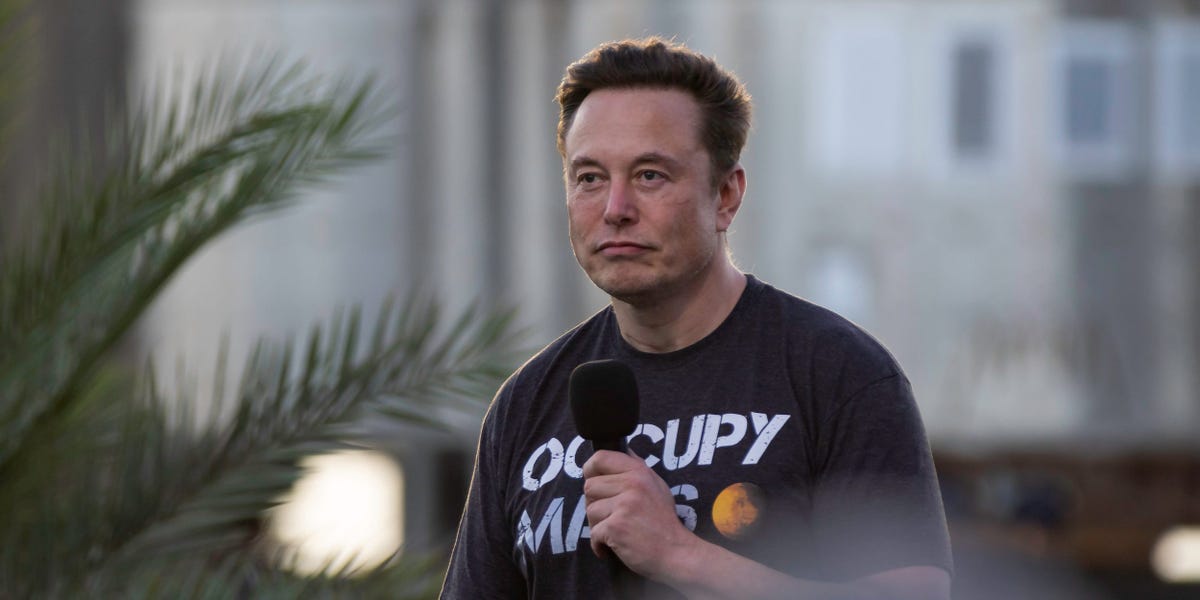 Today is Wednesday. I’m your host, Jordan Parker Erb. And you, the reader, are in for lots of tech news.

But first, with Climate Week underway here in New York City, I wanted to highlight a big project from Insider: our inaugural Climate Action 30, a list of world leaders working toward climate solutions.

From social media influencers to startup execs, each honoree on the list shares the progress they are making to achieve their climate goals. It’s a great mix of leaders – and well worth reading. Check it out here.

If it is forwarded to you, Register here. Download the Insider app Here.

1. Twitter is facing hundreds of layoffs. Two months after Elon Musk announced his intention to acquire Twitter in a $44 billion deal, the billionaire spoke directly with the company’s employees. During that meeting, Musk laid out his vision for the business. Hundreds of employees have since fled the social media giant.

2. Spotify now offers audiobooks. As the company works to become a one-stop-shop for audio entertainment, Spotify announced that it is launching a new audiobook feature, adding more than 300,000 titles already. Here’s what you need to know.

3. Why Pittsburgh’s tech workers chose lesser-known tech hubs. Amid the market downturn, some Pittsburgh tech workers told Insider they’re happy to live in a low-cost area — and the sense of community there means they’re not tempted to return to the big tech hubs. They describe life outside Silicon Valley.

5. A former VMware employee explains how they knew they had to leave. Broadcom announced plans to acquire the company for $61 billion just 10 days after the former employee quit their dream job at VMware. From uncertainty to sleepless nights, they explain why they left and what it taught them.

6. Mark Zuckerberg lost $70 billion in net worth. The Meta CEO’s net worth has fallen 55% this year, dropping him to the 20th richest person in the world – well behind Elon Musk and Jeff Bezos. Why is Zuckerberg’s wealth shrinking?

7. How much are hot startups paying their employees? Startups like Revolut, Klarna and Soror analyzed insider data from Europe’s largest private tech firms with US operations to figure out how much they offer their workers in the US — and many are offering six-figure salaries. See how much some unicorn top talent is paying.

8. We got an early look at Chevrolet’s electric Blazer. The Blazer EV SS, a sleek electric SUV, is packed with technology and promises to produce 557 horsepower, according to GM. Check out Chevy’s $66,000 answer to the Ford Mustang Mach-E.

9. Insider’s reporter drives a Tesla Model Y — and finds six reasons not to buy an EV. Impressive as it may be, the Model Y SUV isn’t the perfect electric car for everyone, especially those looking for complex physical controls. Why Tesla May Not Be For Everyone

10. We tested the new iPhone 14 series. What stands out here. After a few days with the iPhone 14 model, Insider’s reporter found the Dynamic Island to be a smart — albeit imperfect — addition, and the always-on display is nice, but it still needs work. Read the full review.

What we see today:

Keep updated with the latest tech news throughout your day by checking out Refresh from Insider, A dynamic audio news brief from the insider newsroom. Listen here.