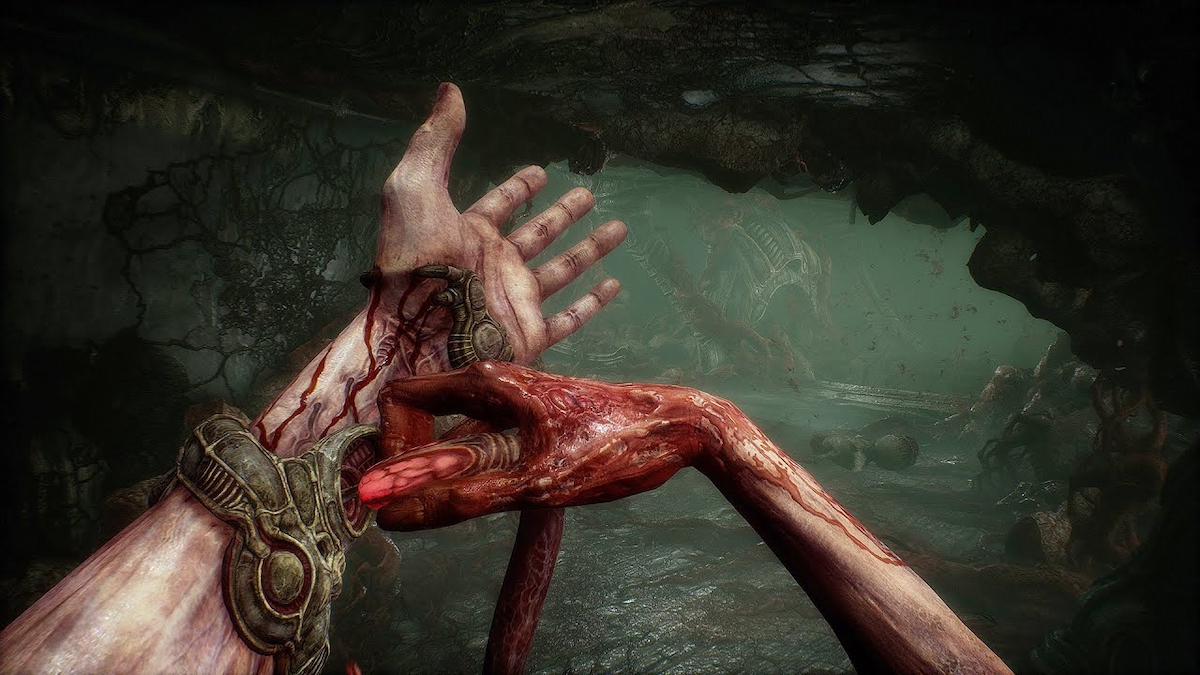 The biomechanical survival horror game from Ebb Software and Kepler Interactive has released nearly ten minutes of footage from the game’s intro.

The prologue sees the protagonist, a nameless humanoid, wake up in a surreal environment, with no shortage of eerie set pieces and unsettling, angular designs that blur the lines between living creatures and machines.

Zdzisław Beksiński is known for his paintings that depict a dystopian, surreal style with a heavy emphasis on surreal architecture.

Prologue gameplay can be seen in full below.

Take a peek at the first 8 minutes of new gameplay and get ready to take your first few steps into the truly unsettling hellscape of Scorn next month. With a first look at the game’s first weird puzzle, this new gameplay walkthrough gives players a glimpse of the immersive nightmare that awaits.

Scorn makes its way to PC (via Steam, Epic Games Store and GoG) and Xbox Series X|S (Day One with Xbox Game Pass) on October 21.

Fans have been eager to get their hands on Skaran for quite some time now. The game was initially released in November 2014 and has since seen sporadic updates and teasers before confirming its release date in June this year.

The game will be available on October 21, 2022 on PC and Xbox Series X|S, with a one-day launch on Xbox Game Pass.