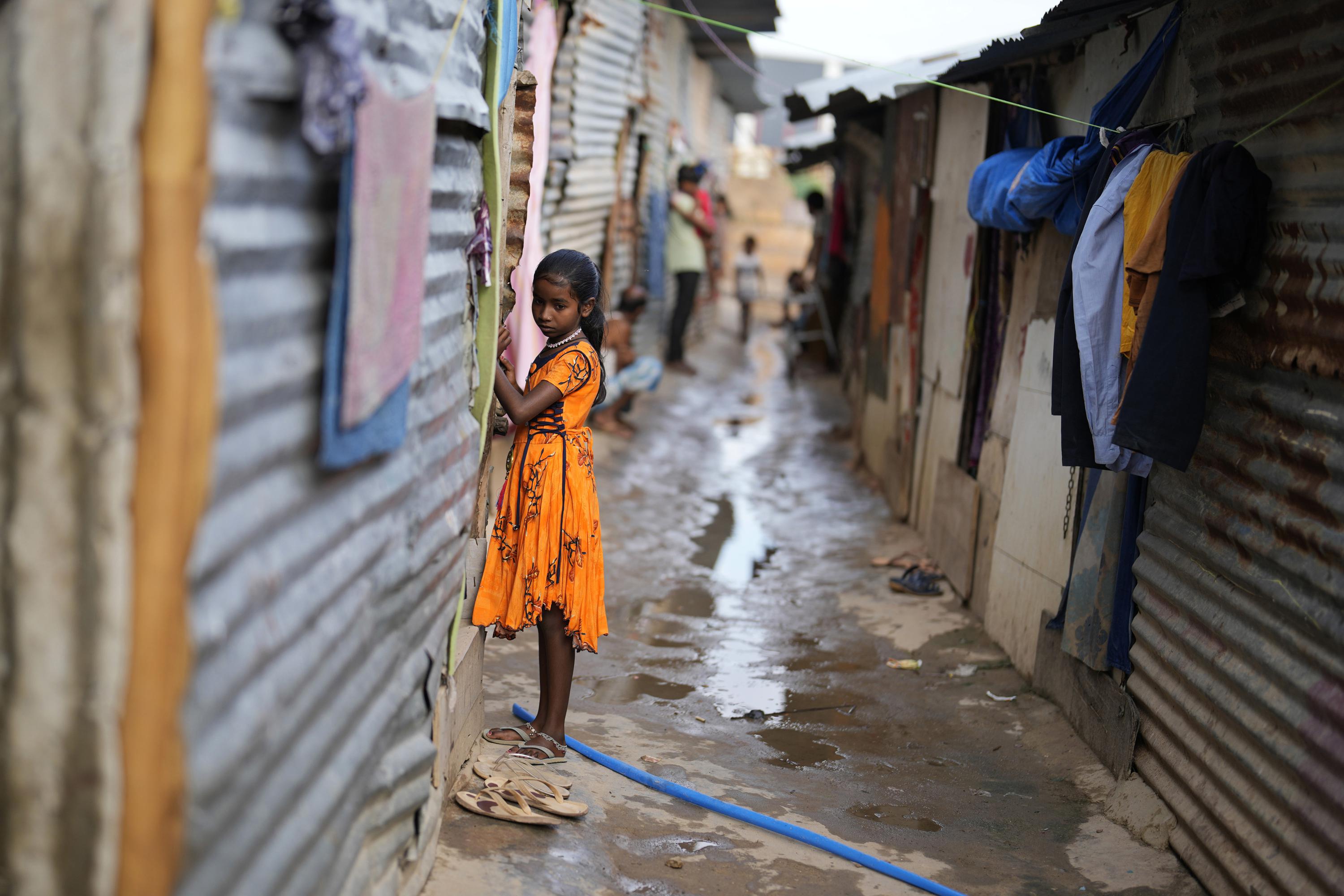 BENGALURU, India (AP) — Eight-year-old Zerifa Islam remembers only the river being angry, its waters taking away her family’s farmland and waves crashing into their home during monsoon floods. Then one day in July 2019, the mighty Brahmaputra river swallowed everything.

His house was washed away in Darang district of the Indian state of Assam. But the disaster started Zerifa and her brother Raju, 12, on a path that eventually led them to school nearly 2,000 miles (3,218 kilometers) away in Bengaluru, where people speak a Kannada language that differs from the children’s native Bengali.

Those early days were tough. Classes in free government schools were taught in Kannada, and Raju could not understand a word of instruction.

But he persisted, arguing that being in class was better than the months in Assam when waterlogged roads kept him out of school for months at a time. “At first I didn’t understand what was going on, then I started learning as the teacher slowly explained things to me,” he said.

Editor’s note: This story is part of an ongoing series exploring the lives of people around the world who have been forced to move because of rising seas, droughts, rising temperatures and other things caused or exacerbated by climate change.

The children were born in a low-lying village surrounded by the Himalayas and a river. Like many parts of Northeast India, it was no stranger to heavy rainfall and natural flooding.

But their father Zaidul Islam (32) and mother Pinjira Khatun (28) knew something had changed. Rains have become more erratic, flash floods more frequent and unpredictable. They were among an estimated 2.6 million people in the flood-hit Assam state the year they decided to move to Bangalore, a city of more than 8 million known as India’s Silicon Valley.

None of their families had ever moved so far from home, but dreams of a better life and a better education for their children outweighed any lingering doubts. The couple spoke little Hindi — India’s most widely spoken language — and hoped that would be enough to get to the city, where they knew nearby villagers had found work.

The two packed whatever they could salvage into a large suitcase they hoped would one day fill with new items. “We left home with nothing. Some clothes for the kids, a mosquito net, and two towels. It was,” Islam said.

The suitcase is now filled with school exercise books – and parents, with no formal education either, say ensuring their children have more opportunities is central to their lives. “My children will not face the same problems I did,” said the father.

The family fled the low-lying Darang district due to heavy rains and natural floods. But rising temperatures coupled with climate change have made the monsoon erratic, with most of the season’s rainfall falling during the day followed by dry spells. is within the district most dangerous for climate change in India, according to a New Delhi-based thinktank.

In the last decade, Prakash said, the number of climate migrants in India has been increasing. And over the next 30 years, 143 million people worldwide will likely be uprooted by rising seas, droughts and unbearable heat, the Intergovernmental Panel on Climate Change reported this year.

India estimates that it has around 139 million migrants, but it is unclear how many have had to relocate due to climate change. According to a 2021 report, by 2050, cities like Bangalore are predicted to become the destination of choice for nearly 40 million people in South Asia, forced to leave their homes due to climate change. World Bank report.

“Especially if you have ambitions for the second generation, you have to move,” Prakash said.

In the suburbs where Zerifa and her family now live, mostly from the state of Assam, many are forced to migrate by climate change and dreams of a better future: there is Shah Jahan, 19, a security guard who wants to be a YouTube influencer; there is Rasana Begum, a A 47-year-old cleaner who hopes her two daughters will become nurses. Their houses were also flooded.

Pinjira and Zaidul both found work with a contractor who provides housekeeping staff to the offices of US and Indian technology companies. Zaidul earns $240 a month and his wife around $200 – compared to the $60 he earns from agriculture. Raju’s new private school fees cost a third of their income, and the family saved nothing. But, for the first time in years, in their new home – a 10 ft by 12 ft (3 m by 3.6 m) house with a tin roof and scattered electricity – they feel optimistic about the future.

“I love that I can work here. The women back home didn’t have any work. … I’m happy,” Pinjira said.

For now, Raju dreams of doing well in his new school. He benefited from a year-long program run by the Samriddhi Trust, a non-profit that helps migrant children re-enter the education system by teaching them basic Kannada, English, Hindi and maths. Teachers test students every two months to help them transition to state-run free schools that offer instruction in Kannada — or in some cases, like Raju, English.

“My favorite subject is math,” said the 12-year-old, adding that her favorite time of the day was riding the bus to school. “I love looking out the window and seeing the city and all the big buildings.”

His sister, who aspires to become a lawyer one day, learned Kannada faster than him and happily chatted with new classmates at the nearby government school, switching easily between her native and adopted languages.

Their parents work alternate shifts to make sure someone is home in case of an emergency. “They are young and can get into trouble or get hurt,” Khatun said. “And we don’t know anyone here.”

Their concerns are not unique. Many parents worry about safety when sending their children to schools in unfamiliar neighborhoods, said Pooja, who uses only one name and coordinates Samriddhi Trust’s after-school programs.

Children of immigrants often drop out, finding classes very difficult. But Raju finds the “discipline” of his school refreshing after a chaotic life in a poor neighborhood.

Her mother misses her family and talks to them on the phone. “Maybe I’ll go back during their vacation,” she said.

Her husband doesn’t want to return to Assam — where nine people have died in their district in floods this year — until the children are in higher grades. “Probably in 2024 or 2025,” he said.

Every afternoon Baba patiently waits by scanning the road for Raju’s yellow bus. At home, the boy tells him the story of his new school. He says he now knows how to say “water” in Kannada, but none of his new classmates know what a “real flood” looks like.