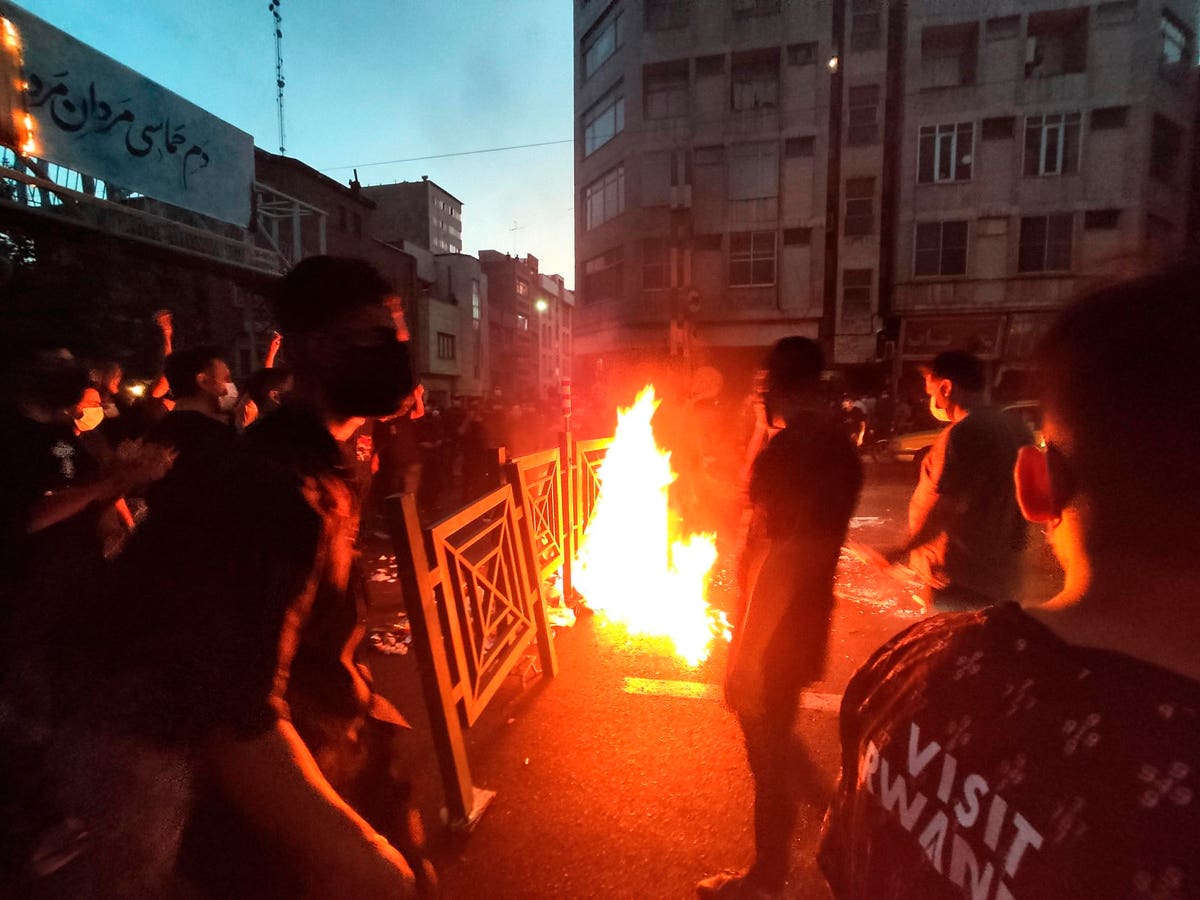 As protests continue in Iran over the death of a woman in police custody, access to Instagram and WhatsApp has been blocked.

Meanwhile, there were major internet outages across the country, with cellphone services also disrupted.

Last week, 22-year-old Mahsa Amini died after being arrested by the country’s morality police for ‘inappropriate clothing’ – a hijab she was believed to be wearing inappropriately. Authorities denied any wrongdoing, claiming he suffered a sudden cardiac arrest. Since then, however, a wave of protests has erupted across the country, with at least eight people reported dead.

Now, according to Data from NetBlocksAuthorities have hit back with a series of internet restrictions — the most severe, the firm says, since the November 2019 massacre that killed more than 300 people.

Twitter and Facebook were banned in Iran long ago. However, Instagram and WhatsApp are now restricted to all users registered with an Iranian, +98, phone number across all major network operators. Meanwhile, mobile networks including MCI, Rightel and Irancell have largely shut down.

Because traffic is interrupted at the network level, it is not usually possible to bypass the block using anti-spoofing software or a virtual private network (VPN).

Iran is one of the world’s worst offenders when it comes to internet shutdowns, blocking internet access at least five times by 2021.

In a joint statement, groups including Access Now, PEN America and Reporters Without Borders called on the International Telecommunication Union (ITU) to demand that Iran reverse its actions.

“We call on the Iranian government to enact policies, practices and laws consistent with international human rights law that recognize the fundamental role the internet plays in the exercise of human rights and protect against shutdowns”.

“In the past, the Iranian government has demonstrated a similar pattern of preferential treatment and tiered access, where institutions including banks, news agencies, police stations and government offices are connected to the Internet, while regular people in Iran, who use the same ISP, are disconnected. In Iran Authorities must do everything in their power to ensure internet access for all.”

“The Iranian people are not alone. Anonymous will not keep the Iranian government alive on the Internet until they fight against the dictatorial regime and murderous police,” it said in one. Video statement.

“You have censored your people’s social media and other communications to suppress knowledge of your crimes against them. Now Anonymous will shut you down, and your own people will remove you from power.”