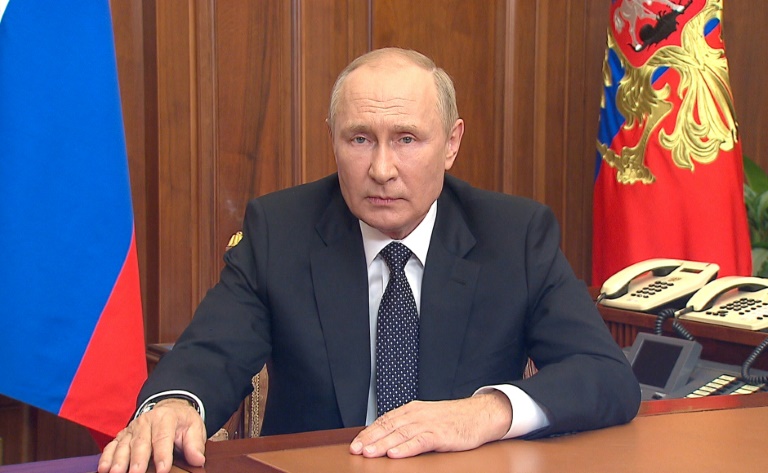 The security general of the North Atlantic Treaty Organization (NATO) on Wednesday condemned Russian President Vladimir Putin for threatening to use nuclear weapons in the wake of the conflict in Ukraine.

Talked in an interview with Reuters, former Norwegian prime minister and current NATO chief Jens Stoltenberg called Putin’s warning “dangerous and reckless” and added that the war in Ukraine will not end soon unless Russia recognizes that Ukraine is an independent country. Still, he said he believed the West would continue to support Kiev.

“We are prepared for a tough winter. Winter is coming, it’s going to be tough for all of us. But the answer is not to resign and stop supporting Ukraine. The answer, if anything, is to step up and go further. Support Ukraine,” Stoltenberg said.

He also said NATO was preparing for a “long-range” conflict, adding that the organization was now negotiating with defense industry figures to increase its stockpile of weapons and ammunition.

“We’ve reduced a lot of stock. We need stock to be ready. That’s why we’re deeply involved in the industry now,” Stoltenberg said.

The NATO chief’s comments came after Putin warned on Wednesday that he would use “all weapons” to win the war in Ukraine, which is nearing the seventh month mark.

“If the regional unity of our country is threatened, to defend Russia and our nation, we will undoubtedly use all the weapons we have. This is not a trick,” the Russian leader said in his national address, according to a transcript. mediazone.

Along with the threat, Putin also announced a partial mobilization of reserves to bolster and support Moscow’s forces in Ukraine. This order will combine the combat and service experience of 300,000 Russians in the war.

Protests erupted across Russia within hours of the announcement. Demand and prices for one-way flight tickets out of Moscow are also skyrocketing. For example, fares from Moscow to Dubai have risen to 560,000 rubles ($9,100).