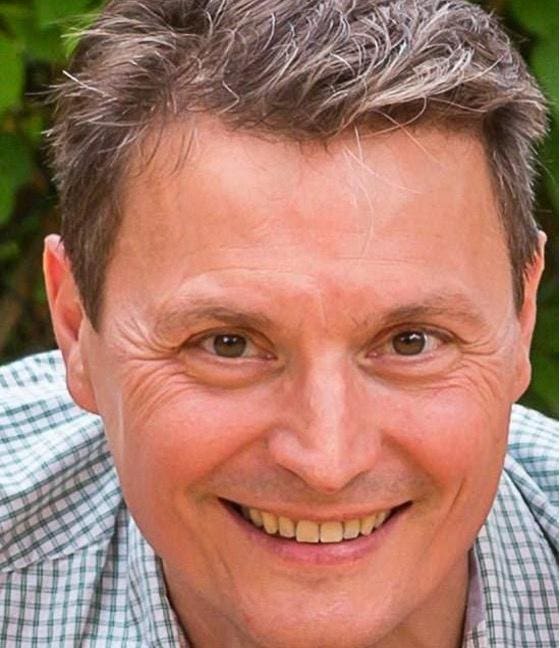 ERP systems are the core of almost every medium-sized and large company, and I know from personal experience that ERP downtime can hurt businesses and even share prices.

Syngenta is a company that has transformed what it describes as a “high-cost traditional data center” of business-critical applications into a reliable, future-proof and scalable environment in the cloud.

Syngenta is one of the world’s largest manufacturers of seed and crop protection solutions with a presence in over 90 countries and is headquartered in Basel, Switzerland. I recently spoke with Christian Bayer, Global Head of ERP/SAP and Data & Analytics at Syngenta, and partner Infosys about moving SAP to the public cloud.

Syngenta has made a strategic decision to adopt a cloud-first IT strategy As a result, Syngenta decided to end a long-time data center hosting partnership and move everything possible to the cloud.

The most significant and risky part of the migration to Amazon Web Services (AWS) was the ERP platform, which consists of more than 50 SAP systems, including four core ERP systems and multiple SAP peripheral systems, which provide the core IT backbone for running Syngenta’s business.

There were several serious outages in the core ERP system before Christian Bayer became responsible. Part of the reason was outdated technology with a track record of not keeping up with hardware refreshes. Second, its shared data center environment involves hosting shared components that are complex and tricky for the provider to manage.

Christian Bayer’s cloud-first strategy was to get to a point where he was in enough control to “guarantee that it (ERP) becomes as reliable as tap water.” It’s a really big goal.

There were other benefits to Sigenta’s move to the cloud. First, it had more flexibility and scalability to support seasonal agribusiness. Syngenta has less than six months in a year resulting in 80% sales depending on the hemisphere. In the previous hosting model, the servers were partially idle during the slow season of the year. The flexibility Syngenta can get from the cloud is attractive to a seasonal business.

In addition, Syngenta can benefit from the cloud provider’s technology from existing SAP systems S/4HANA.

Last but not least, cost savings were an expectation. Moving SAP to a cloud-enabled infrastructure resulted in cost savings of 28% annually, with an ROI achieved in a year and a half. These are impressive savings achieved through essentially a “lift and shift” with some modernization and version upgrades. I was surprised at any idea of ​​saving money in the cloud as this is hardly a reality but understandable as on-prem infrastructure had to factor in an 80% spike throughout the year.

The most significant benefit comes from flexibility in the cloud. The speed of creating a new test system allowed Syngenta to establish a three-tier SAP landscape across development, quality assurance, and manufacturing only, and to roll out more test systems as needed.

Like many companies I’ve talked to, Syngenta runs workloads on both AWS and Microsoft Azure. Azure is used for commercial applications because most are based on Microsoft technology. AWS hosts the ERP, all R&D and data lakes.

With a fully managed cloud infrastructure understanding comes less risk. Not entirely risk free, proof of outages due to overheating in the Frankfurt region.

The project took a year and a half to complete with more than 50 applications and over 600TB of business data being migrated to the cloud. Several systems required upgrades to the latest versions and some were retired (eg, BW BI Accelerator) which were not cloud compatible. Other applications require negotiation with SAP to enable AWS (such as Business Objects Financial Consolidation (SBFC)) support or are in the process of migrating to cloud supported versions such as Master Data Management (MDM to MDG).

Connecting over 300 third parties from cloud data centers was a significant effort involving migration of FTP servers and VPN tunnels.

A critical phase of the project was the smooth running and modernization of the integration layer with over 1,500 interfaces during the transition phase. Syngenta said Infosys handled it seamlessly.

Infosys has been Syngenta’s strategic SAP partner for over 19 years.

The long-standing partnership has involved many major transformational projects. Christian mentions that Infosys will “always do whatever it takes to get you to the finish line and never let you down” – a strong endorsement.

Syngenta worked with Infosys to introduce Agile DevOps with SAP support, the first company to introduce capabilities at scale on SAP.

Vibhuti Dubey, Senior Vice President and Head of SAP Services at Infosys highlighted that “Our primary goal was to execute this complex transition risk-free. We position our architects to help projects through Wave Planning, our vast experience, and Infosys Cobalt, a set of services, solutions and platforms that act as a force multiplier for cloud-driven enterprise transformation.

The Syngenta IT team and Infosys perform system validation and testing to minimize the need for business involvement.

Syngenta migration is a fascinating story. I’ve talked to many customers, and few have saved money by going to the cloud. Syngenta is in a highly seasonal business, so the ability to add and remove compute capacity at will without constraints saves costs. Syngenta may drive the demand curve and does not always pay for peak usage.

Syngenta can scale infrastructure to support high season but reliability. Christian notes, “When was the last time Netflix, Amazon, and Facebook went down? We should expect close to 100% availability from a hardware perspective.” All sites go down but not many.

Syngenta continues to modernize its platforms Step by step, old systems are being replaced by new technologies. The Finance Department was the first to migrate with a successful S/4 HANA Central Finance Go-Live. Each business unit targets a single global SAP instance. Working with Infosys, the migration to S/4HANA has already started

Disaster recovery scenarios and the possibility of operating the platform with almost zero downtime are now potential next goals. The goal is to drive ERP, so that production lines never stop anywhere in the world – as reliable as tap water.

Note: Moore Insights and Strategy writers and editors contributed to this article.