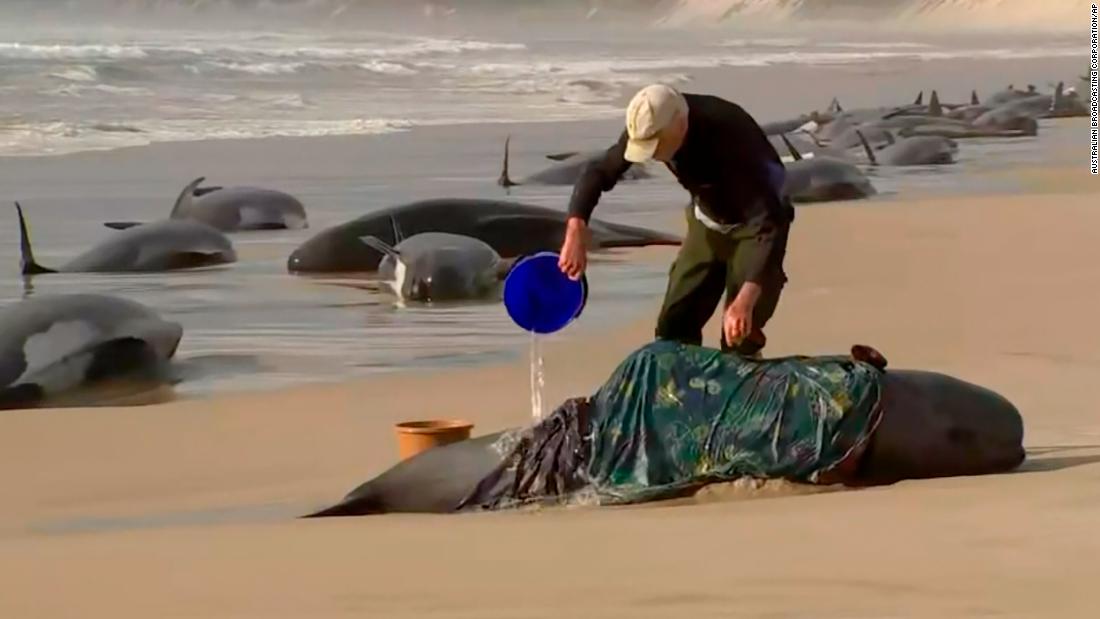 The pilot whales were found stranded on an exposed beach off the coast of Tasmania on Wednesday.

Rescue operations are underway to save the remaining whales.

“We’re primarily focused on getting in and out of that rescue operation this morning [the whales] released,” Brendan Clarke of the Tasmanian Parks and Wildlife Service told the Australia Broadcasting Corporation on Thursday.

“We are aware that some of them may return to the beach on their own and so we will monitor that.”

Rescuers previously estimated that about half of the whales were still alive.

A second mass stranding of whales has occurred in Tasmania this week after more than a dozen sperm whales, most of them young males and believed to be part of the same bachelor pod, were found dead on another beach.

The phenomenon of whale stranding has puzzled marine scientists for decades.

Tasmania’s largest stranding occurred in 2020 when more than 450 pilot whales were found.