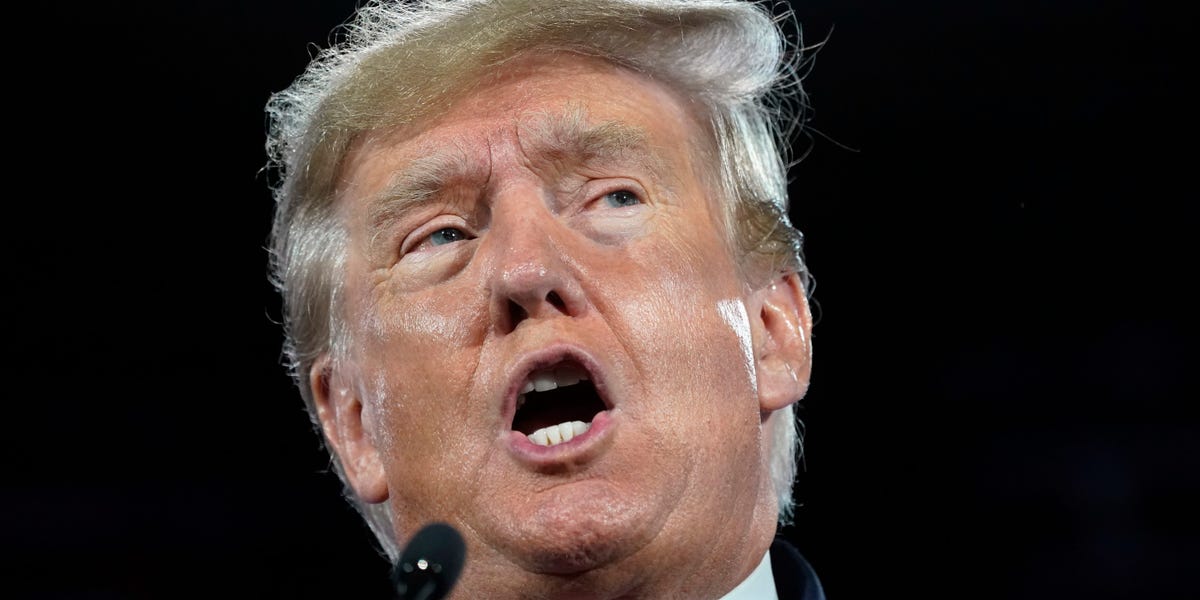 Former President Donald Trump on Wednesday baselessly claimed to Fox News host Sean Hannity that he could have released top-secret documents if he had considered doing so while in office.

During a lengthy sit-down interview that aired Wednesday night, Hannity asked Trump if he had a “process” to release the documents found at his Mar-a-Lago home.

Trump is currently the subject of an FBI investigation into whether he broke three federal laws — including the Espionage Act — by keeping the documents at his Florida residence. During the FBI’s August 8 raid on Mar-a-Lago, the agency seized 11 sets of classified documents, some of which were marked “Top Secret.”

“There doesn’t have to be a process as I understand it, and you know, different people are saying different things,” Trump told Hannity.

“But as I understand it, that doesn’t need to happen. If you’re the president of the United States, you can just say: ‘It’s declassified.’ Even thinking about it. Because you’re sending it to Mar-a-Lago, or wherever you’re sending it,” Trump said.

He went on to claim that he understood that “there may be a process” to release the documents, but that it didn’t necessarily apply to him because he was the president at the time.

“You’re the president, you make that decision. So when you send it, it’s released. I released everything,” Trump claimed, adding that he believes the National Archives and Records Administration is run by a “radical left group.”

Trump’s claim to Hannity is wrong. Sitting presidents can release documents, there are a process Getting these documents declassified involves proper documentation.

“If presidents want to declassify, they have to follow that process which basically requires that it be referred to the agencies responsible for declassifying that content,” Panetta told CNN. “They have something to say about whether that material should be published.”

“So there’s nothing that I’m aware of that indicates that there was an official action taken by this president, in fact, to disclose anything. At this point, that’s pretty much BS,” he added.

Trump’s lawyers are trying to recuse themselves from handing over information about whether the documents have been officially released.

In a letter to Judge Raymond Deary — who was appointed at Trump’s request as a third-party impartial investigator — the former president’s lawyers said he would not have to turn over evidence about the declassification if such information became part of his defense. The next complaint. This refusal to provide evidence earned a harsh rebuke from Deary, who told Trump’s lawyers that they “can’t have your cake and eat it too.”

Meanwhile, a federal court has allowed investigators to resume their review of classified records seized from Mar-a-Lago, following a successful appeal by the Justice Department against District Judge Eileen Cannon’s decision to close the investigation into the documents. .