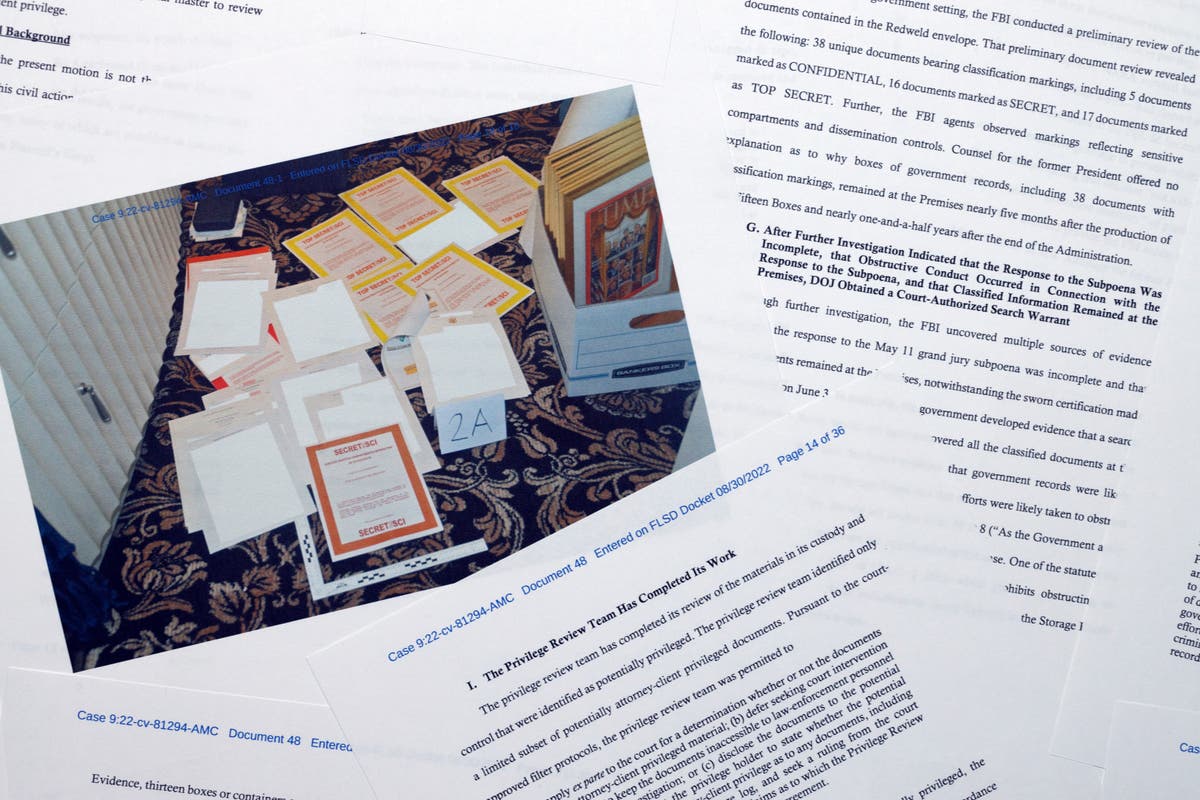 Donald Trump says he may release top secret government documents “after thinking about it”.

In an interview with Fox News host Sean Hannity, the former president repeated his claim that dozens of classified and confidential documents seized from the Mar-a-Lago home had been released.

Asked about the process needed to do that, Mr Trump said: “There doesn’t have to be a process as I understand it. If you were the President of the United States, you might even think about it and announce it.”