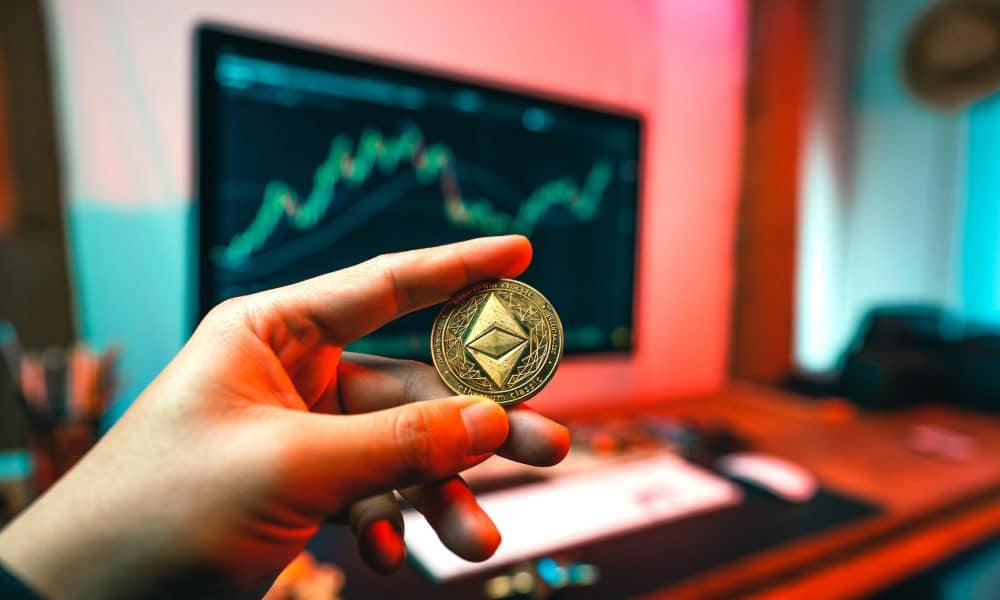 Ethereum has been in the heat of discussion on social media since last week’s merge announcement. However, not everything went according to plan as the ETH price fell below $1,350.

In fact, Ether’s weekly loss is now over 17%, according to CoinMarketCap. But Anonymous Crypto Enthusiast (@cryptogucci) believes that all hope is not lost for Ethereum in a recent tweet thread.

Back on track soon?

Analyst sparks conversation about Ethereum validators who surged over 11.36k in September alone.

Ethereum now has over 429.6k active validations on the network This late growth of online validators indicates a growing investor confidence in the technical perspective of the merger. 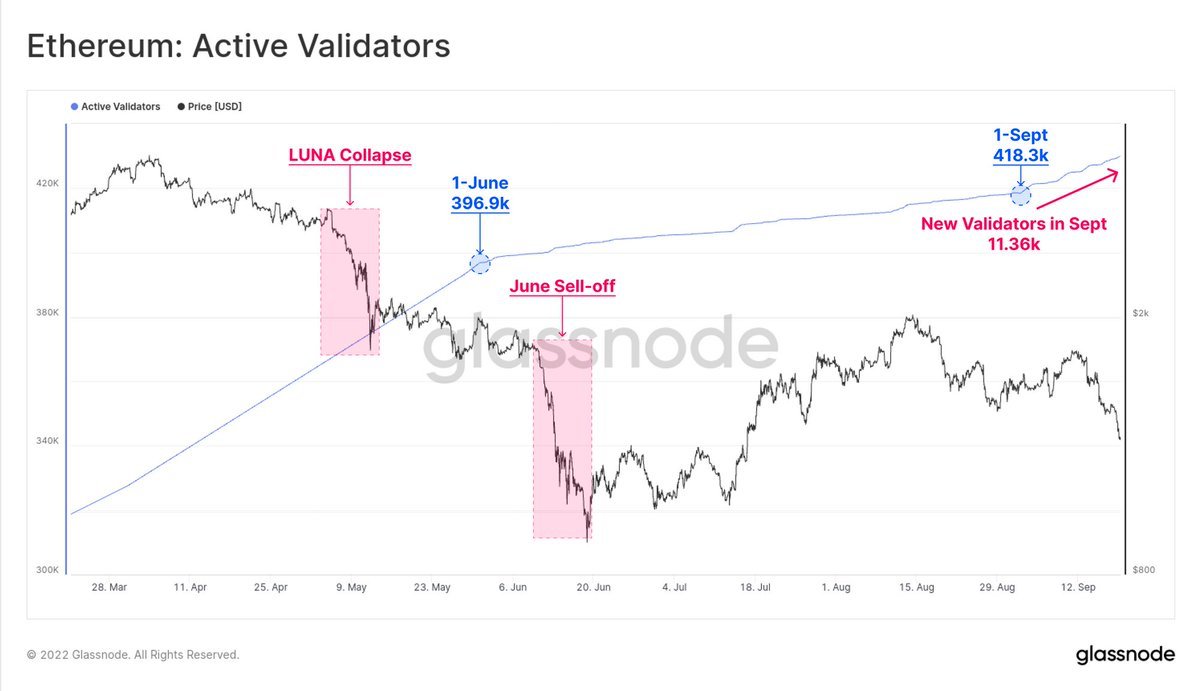 That being said, leading NFT marketplace OpenSea has now extended its support to Arbitram. open sea announcement The news came in a tweet yesterday (September 20) claiming that users will now be able to buy and sell NFTs on the Ethereum Layer 2 solution.

Despite this dose of optimism, the situation remains bleak for Ethereum and the crypto market. Top crypto assets like BTC and ETH are still struggling in the market.

At press time, Bitcoin was trading below $19k while ETH was available at around $1,330. Both tokens have dipped in the past days and continue to be influenced by macro factors.

The same is true for Ethereum traders in light of falling prices. Ethereum’s MVRV ratio is now down to -13.6% as profitability has fallen drastically over the past week.

This process was further fueled by a major sell-off following the merger event. Trader sentiment remains an important cog for the short-term recovery of assets that are currently in dire straits.

Here is another sluggish side observed in Ethereum today (September 21). According to the Blockchain Analytics Platform glassnodeEthereum’s median transaction volume has dropped to an all-time low of 0.032 ETH.

This is a clear reflection of the depressed state of trader sentiment in Ethereum right now with many looking to reduce their ETH exposure. 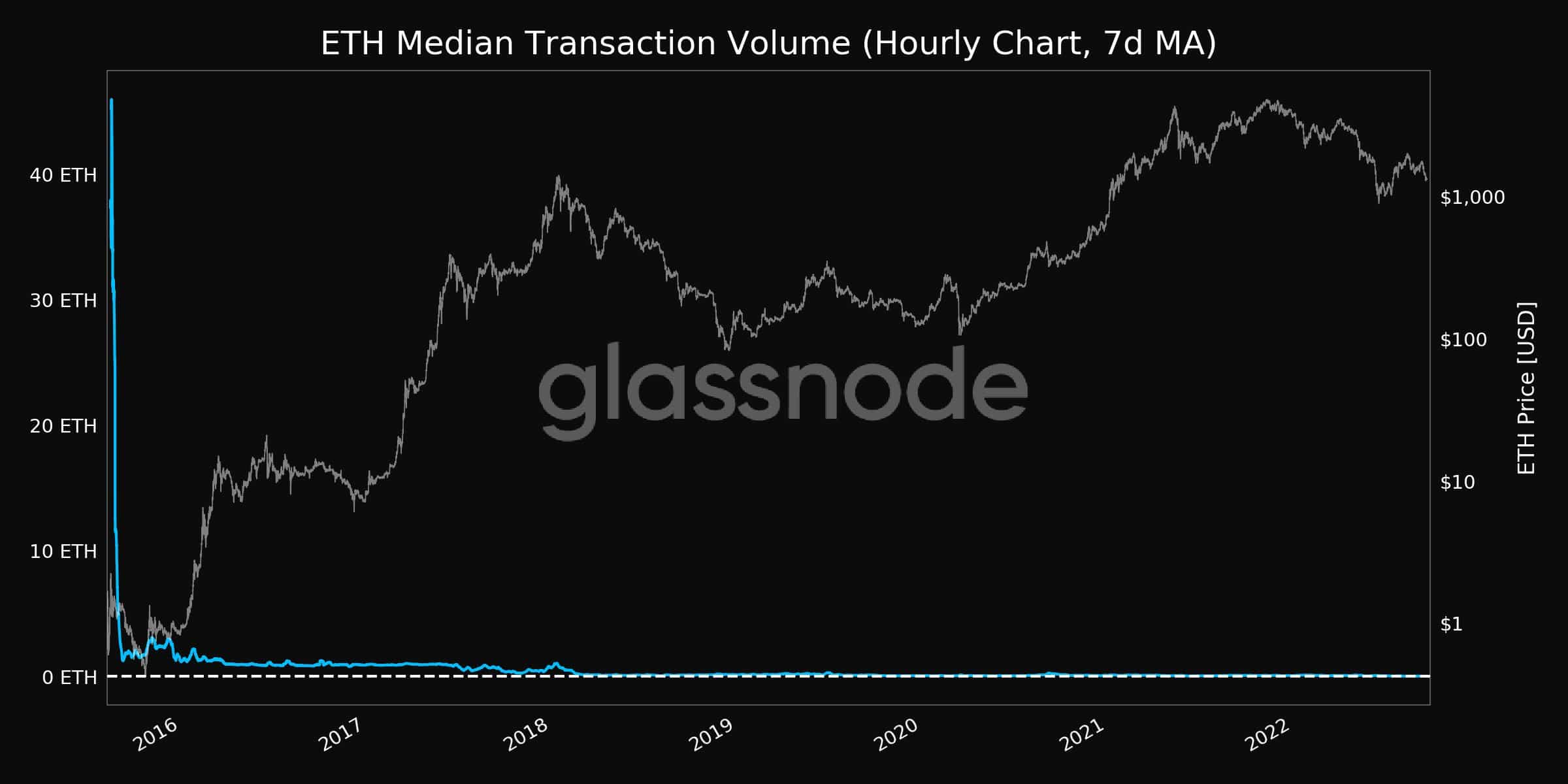 Another issue for Ethereum is the growing negative sentiment from the crypto community. According to the data below, we can see how FUD is settling into the crowd despite the “highly anticipated” merge event. It looks like Ethereum is looking to end Q3 on the same note as the previous quarter.