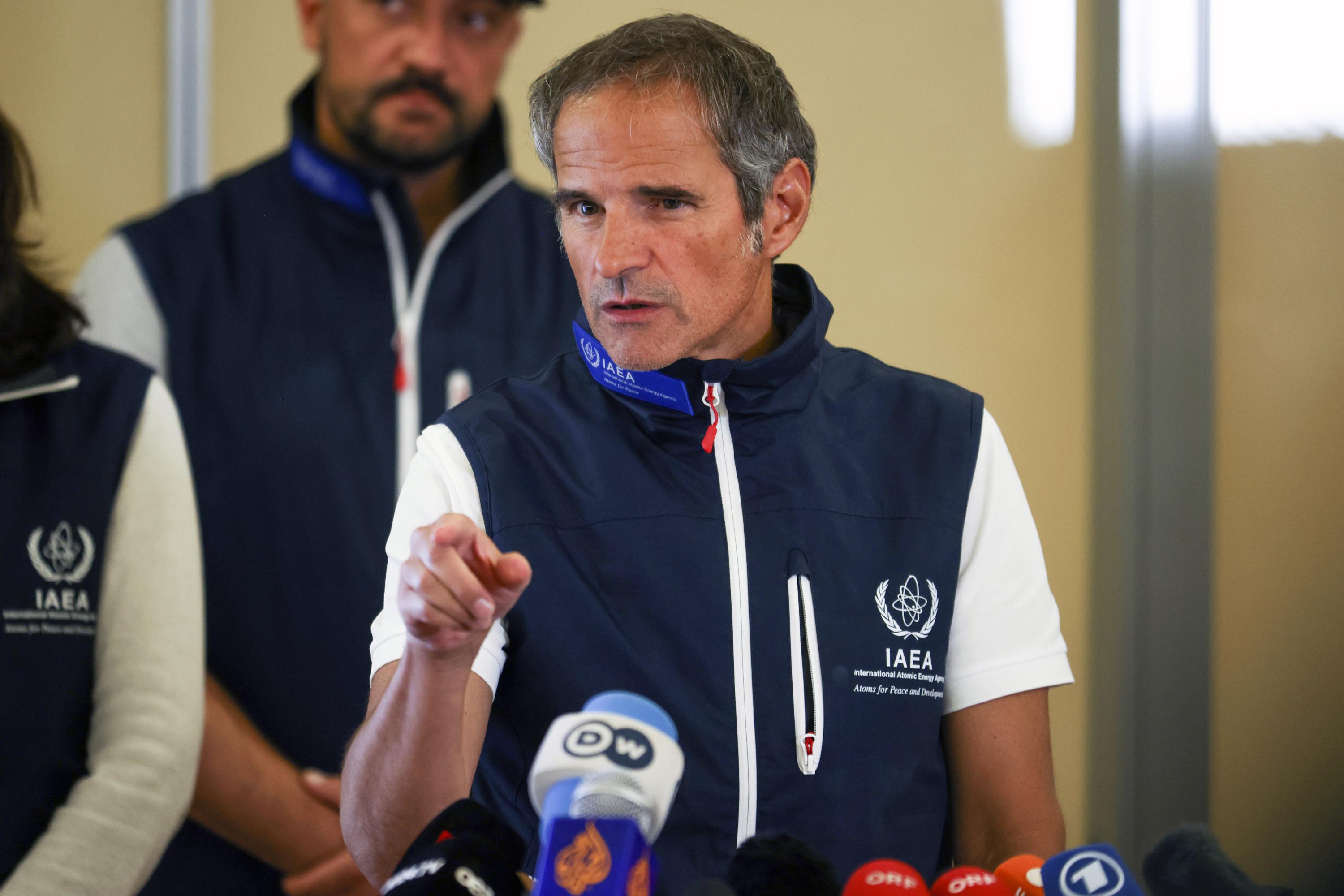 UNITED NATIONS (AP) – The head of the U.N. nuclear watchdog said Wednesday he has met with the foreign ministers of Ukraine and Russia to establish a safety and security ring around a nuclear plant in southeastern Ukraine that is Europe’s largest. The Zaporizhzhia power plant has experienced near-daily shelling and bombing, raising fears of a nuclear accident.

International Atomic Energy Agency Director General Rafael Grossi said that as a result of separate meetings with Ukraine’s Dmytro Kuleba and Russia’s Sergey Lavrov, work has already begun to establish and shape the zone. He said he hopes to travel to Kyiv soon and “maybe later” to Russia.

“Given the urgency of the situation and the gravity of what’s happening on the ground, we have to move quickly,” Grossi said. He said both countries “have a conviction that the establishment of the zone is essential.”

“Just that the two foreign ministers are sitting down with me and listening to our ideas, I think that’s a good indicator that there’s a strong solid foundation for this thing to happen,” he said.

Grossi said negotiating a protection zone is complicated, and issues that need to be resolved include protecting the plant, how the zone will be enforced and how an agreement will be enforced.

The IAEA chief said the Zaporizhia plant was shelled and attacked earlier Wednesday, and a “projectile” hit a pipeline in a pool where spent nuclear fuel is cooled, causing it to stop working. Technical experts were able to use other available capacity to continue pumping water into the pool, he said, stressing that this was an example of the facility’s serious problems with external power repeatedly restored and interrupted.

Last week, Ukraine and Russia shared blame for the shootings at and near the plant.

“No one would ever run a plant like this under normal circumstances with all these problems,” Grossi said. “We are playing with fire and will continue to play with fire.”

Russian troops seized the Zaporizhia plant in the southeastern city of Enerhodar in early March, shortly after the February 24 invasion of Ukraine, but its nuclear operations continue to be run by its Ukrainian staff.

Grossi led an IAEA team that visited Zaporizhia in late August and proposed the establishment of a safe zone soon after. He kept two IAEA experts at the plant to monitor the situation and said the IAEA was in constant contact with them to try to ensure their working conditions were the best possible, but reiterated “we are in a situation that is not normal.”

The Russian occupation of Zaporizhia renewed fears that the largest of Ukraine’s 15 nuclear reactors could be damaged, triggering another emergency similar to the 1986 Chernobyl accident, which occurred about 110 kilometers (65 miles) north of Kiev, the world’s worst nuclear power plant. disaster

Grossi was also asked about the IAEA’s dealings with Iran and its latest report earlier this month that said it believed Iran had increased its stockpile of highly enriched uranium in a short, technical step above weapons-grade levels.

The nuclear agency has expressed growing concern over Tehran’s lack of involvement in an investigation into man-made uranium particles found at three undeclared sites in the country that has become a sticking point in efforts to revive the 2015 nuclear deal between Iran and six world powers.

Grassi said there are many things Iran has observed, but “there are three big question marks” that need to be answered and “can’t be wished away.”

“I hope to be able to re-establish some contacts in the next few days so that we can continue this process that has been going on for a long time,” he said.

Asked why he had not met the Iranian leader, who was attending a UN event this week, he replied, “Well, maybe you should ask them.”

Speaking at a meeting of General Assembly leaders, Iran’s president insisted Wednesday that his country is serious about reviving a deal to prevent it from acquiring a nuclear bomb. But Ibrahim Raisi questioned whether Tehran could trust America’s commitment to any final deal. The United States withdrew from the previous agreement in 2018 under President Donald Trump.

Edith M. Lederer is the chief UN correspondent for The Associated Press and has covered international affairs for more than half a century. For more AP coverage of the United Nations General Assembly, visit https://apnews.com/hub/united-nations-general-assembly